It's Ryder Cup week this week as the bi-annual event gets flipped back to being held on odd number years as it began thanks to it's 2020 postponement due to COVID. Originally this event was held every odd year in the calendar before September 11, 2001 happened to postpone it until the following season.

Maybe a return to the odd years is exactly what this USA team needs as they've gone 2-7 in the nine Ryder Cups played in even-numbered years, losing badly (17.5-10.5) in France back in 2018. The USA did dust the European side (17-11) the last time this event was held on American soil (2016), about a full year after the 2015 PGA Championship was held at this year's Ryder Cup venue – Whistling Straits. 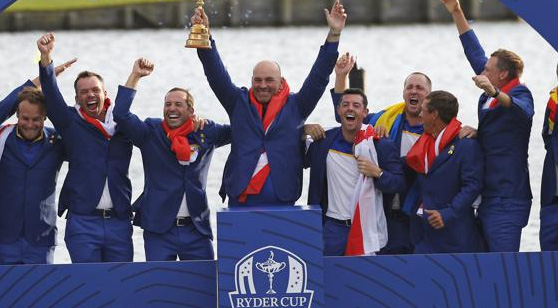 Europe has captured seven of the past nine Ryder Cup events, which includes the 2018 victory from France. (AP)

Experience gets brought up a lot during this week and without question it does mean something. But the course history here definitely has to favor the US side, and while much is made about Team USA sporting six Ryder Cup rookies in this event, three of them are currently ranked in the Top 5 in the World Ranking (Morikawa, Cantlay, Schauffele), and none of them are ranked worse than 21st in the OWGR.

Team Europe only has four players ranked better than 21st on their entire team (Rahm, Hovland, McIlroy, Hatton), while the entire USA team – not just their six rookies – are inside that range. Even with questions about the past Ryder Cup results for the USA and how much warmth there will be inside that team room, the talent jumps off the page for Team USA this week. That's definitely no small thing.

And while experience is something that tends to have a tangible effect at the Ryder Cup, at what point do you draw the distinction between the team being “experienced” and just being “old”. These European stalwarts like Poulter, Garcia, Casey, and Westwood are going to be counted on for their experience this week (29 Ryder Cup appearances total between the four), but all of them are also 42 years old or older, with Casey, Poulter, and Westwood all 44 and up.

Father time is undefeated, and at a course like Whistling Straits that you know is going to play long, the idea of Team Europe “showing their age” as a plus while off the course could still ring true, but if “showing their age” on the course becomes the story line, a blowout win by the US could be just as viable.

I'm quite firmly on the side of this European team being one that is a little too old and too reliant on former glories to show up and have a huge week. Relying on the idea of Poulter/Garcia continuing to play up to their past Ryder Cup resume is something I feel like Europe is doing a little too much here, as they likely are also relying a little too much on Rahm and McIlroy to do all of the heavy lifting.

Team Europe has three rookies of their own in Shane Lowry, Viktor Hovland, and Bernd Wiesberger, and how those guys react to this environment “on the road” is a question I'm not sure is getting asked enough. Pairing these guys up with some of Europe's old vets could easily be the strategy for them to help keep the rookie calmer out there, but again, at what point does having a third of your team 42 or older come back to bite you in the ass from a performance standpoint. It very well may not. But I've also got no problem fading that team as well.

Will Drama ruin the US?

At the same time, all these stories about Koepka and DeChambeau's rivalry and/or disinterest in being here could be a little blown out of proportion in terms of how it affects Team USA. Remember, they've got 12 of the Top 21 players in the world right now on their team, and Captain Steve Stricker really only owes those two guys their one singles match if he wants to sit them for all the team play. Don't think that will happen, but if Koepka Isn't interested in being there, and Bryson's hands are hurt could it really be that far-fetched.

Could you imagine the Hockey World Championship still being contested by countries, but instead of being a “team” game where 60 minutes of hockey are played, the two countries just go right to the individual nature of a shootout to decide a winner? How excited would the players be to play in an event like that? It definitely wouldn't be for everyone and Koepka Isn't a fan. So what?

The individualistic nature of golf is also behind Bryson practicing for his long drive endeavor and trying to achieve his own personal goals in this game because outside of Ryder/President Cup's, what other goals do golfers set for their careers that aren't individualistic?

So I'm not worried about any of the drummed up drama that's constantly talked about this week with these two guys. They'll both be able to soak up the positive energy from the fans being on home soil and eventually those competitive juices playing some of the world's best will kick in between the ropes for these guys. Personally. I'd love to see Stricker go full heel-mode, pair them together, and see a Koepka/DeChambeau duo win 6&5 just to flabbergast the world.

Bryson DeChambeau wants to end to his long-running feud with US Ryder Cup teammate, Brooks Koepka, according to his coach https://t.co/6iDFgC4ML8

As far as the rest of the USA team goes, getting Morikawa's iron game paired with someone else that can hit a few of his putts (177th in SG: Putting) off those approach shots (1st in SG: approach), as well as Morikawa's approach shots coming from a little further down the fairway (295.2 yards average drive). There are other potential pairings that could easily accentuate a guy's strengths and minimize their weaknesses too, but when the entire team is ranked 21st or better in the world, it's not like there are big weaknesses to hide.

Finally, going with a more inexperienced team but guys that are in great form (hence world ranking) is something I view as a very good thing for this USA team. They've seemingly always got the talent edge in this event, and getting more guys without all that negative Ryder Cup scar tissue isn't a bad idea. You can't go too long before guys like Spieth, Thomas, and Koepka start to accumulate their own heaps of bad memories from this event, and from a talent perspective there really is no reason the USA should be 2-7 SU in the last nine Ryder Cups.

Getting these young guys to just go out and play their games – in a highly positive environment – is an opportunity for this next generation of US players to build some positive memories about this event together and maybe eventually fully embrace the team aspect of this week down the road. 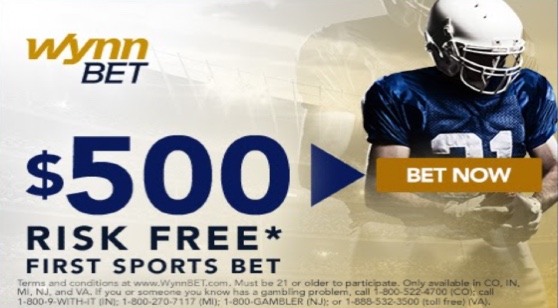 Part of the thought process behind liking Team USA in the event is because I believe Team Europe has crossed over to the negative returns side of the age/experience line, having three of those four older (42+) players as Englishmen immediately drew me to this prop. Writing off the overall effectiveness of Casey, Poulter, and Westwood eliminates half the field in this prop, leaving just Fleetwood, Hatton (+400), and Fitzpatrick.

Hatton being the one who's making his debut – on the road – and having the weakest part(s) of his game being the ones where he's going to hear the most noise (SG: Around the green ranks 104th and 81st in SG:Putting) is why he's the odd man out here. Sure, he's a better putter than Fleetwood, but the ARG edge is heavily in Fleetwood's favor there.

Fleetwood and Fitzpatrick also have more of an understanding of what to expect inside of the ropes in this event, as Fleetwood came away with 4 points in his debut back in 2018, while Fitzpatrick already went through the trial by fire that Hatton is going to do in debuting on the road back in 2016. Fitzpatrick only got in two matches that week and didn't pick up a point. Hard not to figure the uphill climb could be just as steep for Hatton this week too.

So it's Fleetwood or Fitzpatrick that hopefully shows Team Europe that they are part of the next generation of Englishmen the team can count on every two years. You know, like the three others on this year's team they are arguably counting on a little too much.

You never know how these final matches are going to end up when the Ryder Cup gets clinched before they are all done, but this longshot play is based primarily on the history books. Expecting USA to win means they need at least 14.5, and given how big I believe the talent disparity is, winning by an extra full point isn't unrealistic either.

A final score of 15.5 – 12.5 has never been accomplished by Team USA in any of their victories in this event and broadcasters love a “never been done before”. It's also an exact scoreline that Team Europe has only won by once – in 2002 - the year after the Ryder Cup was delayed for a devastating world event.

Familiar enough for me to take a small shot this week.

The 2021 Ryder Cup from Wisconsin will take place over three days and divided into five sessions.

Since the US is the host, it will be allowed to pick the order of the four sessions after the opening session of foursomes, which was already determined.

One single point is awarded for each match won, with half a point for each tied match.

There are 28 matches and points available over the three-day event.

Since Europe is the defending champion, it only needs 14 points for a tie and that would see them retain the cup.

For the US to capture the Ryder Cup trophy, it needs to score at least 14 ½ points.