Along with picking the winner for the U.S. Open, I'm focused on four props for the upcoming event from Torrey Pines.

There is an 11-yard gap in the average driving distance for these two guys, as Burns ranks 30th on Tour at 305.7 yards, with Streelman sitting at 119th on a 294.5-yard driving average. Hopefully over the course of 72 holes that plays out to be a significant advantage for Burns at this near pick'em price.

Health is a minor concern with Burns after he withdrew from the PGA Championship following results of 4, 1, and 2 in his previous three starts. He didn't get through his four rounds at the Memorial in the best form when he returned to action, just playing the four days does alleviate serious injury issues.

Both guys have had enough success at Torrey Pines during January to warrant believing this will be a tight matchup this week, but the USGA setups are likely going to give the edge to the longer hitter, and when Burns owns quite the edge there, I'll lay the 20 cents. 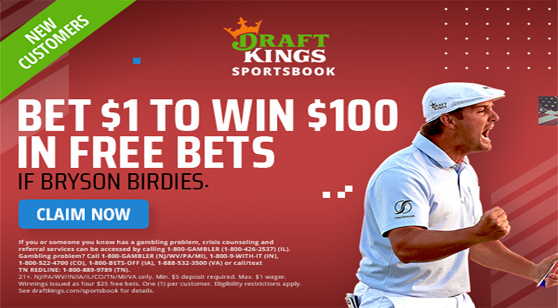 McIlroy found something in his game about a month ago, and now that the confidence is back in his swing, teeing it up at a place he's finished 16, 3, and 5 over the past three years and is the only Major winner in this group feels like a pretty good fit.

McIlroy's taken to Torrey Pines ever since that fifth-place finish at the Farmers in 2019, and over the past 12 U.S. Opens, if Rory makes the weekend (five missed cuts) he generally finds himself collecting a nice-sized check (five Top 10's including one win).

The other three guys here are some of the purest ball strikers around, as Hovland and Finau were a part of a group that shared a T2 finish at the 2021 Farmers back in January. Those finishes might have earned them this grouping with Rory, but Hovland's still only played here twice and missed the cut the previous time, while Finau's record at the Farmers has been stellar as well.

It's a preference thing with Rory in the end, as there is much more win equity with him in my mind should something like that be needed to solve this group bet. Would need to get a bit more than +250 with Finau to completely overlook that and consider this to be the breakthrough moment for Finau.

The last time there was a playoff in the US Open was back in 2008 with Tiger Woods beating Rocco Mediate, and that spot in time has been getting plenty of runs this week already with it being the last time Torrey Pines hosted the US Open as well.

With the last playoff for a Major title coming with Sergio's 2017 Masters win, it's been a while since any of us have seen such high-stakes golf played. Throw in the fact that the Farmers Insurance Open has been decided by a playoff three times in the last 10 seasons, and by a single stroke three other times in that span, this really is the event and venue that could see the Back 9 on Sunday really be quite something.

The gaps in talent between the highest-ranked players in the world are so razor-thin that I'm surprised we haven't seen more playoffs in the Majors in recent years, so maybe a run on them is coming.

With the recent form being so good for a lot of the names at the top – especially the ones with recent wins (Spieth, McIlroy, Cantlay, Matsuyama, Mickelson, etc) – I believe there are enough ingredients there (a lot of guys playing very well, on a USGA setup, at a venue that's been decided by one stroke or less six times in the last 10 years during its regular spot in the PGA season) to happily take a piece of “yes” on their being a playoff this week.

In three starts at the Farmers since 2015, Koepka's got a 41 (2015) and two missed cuts on his resume (2017, 2021). Obviously, Torrey Pines is not Koepka's favorite place to play and given his reputation of being a 'major only' guy continuing to grow with these tremendous performances, I just see no fit between the perception of Koepka's expected results this week and a positive course fit.

When the fiance explicitly suggests that we have no interest in Koepka this week because as she puts it, “he's too caught up in his grade school drama with Bryson” I've got to at least partially oblige. A run of three Top 2 results (two wins) for Koepka in his last three U.S. Open starts (he missed it in September) and a runner-up in the PGA Championship, just last month is always going to be more likely to shift Koepka's stock to the overvalued side of things as well.

The history at Torrey Pines isn't all that good, and even though he was second at the PGA Championship last month, that tournament was also the only one of Koepka's last four starts that he even had a weekend tee time. Three missed cuts in four starts wouldn't be so easily glossed over as it can be with Koepka if I were to change the name to someone like Tony Finau, or someone else without a Major victory in their career.

A run of MC's like that could suggest that there are some sizable issues in Koepka's game he's trying to work through currently, and while the idea that he's able to simply flip the switch when it's a Major is nice, taking a stance on the other side of that coin at a near +300 price is a spot I'm comfortable being.