The Los Angeles Dodgers ended the regular season with 106 wins. They had the second-best record in baseball in 2021, but they will have to settle for being the best Wild Card team ever after finishing a game behind the San Francisco Giants. That means the defending World Series champions could be one and done if they lose to the St. Louis Cardinals on Wednesday night in Chavez Ravine.

St. Louis was 3-4 against Los Angeles this season. All three of the Cardinals’ wins were in one-run games, while the Dodgers beat the Cards by a combined score of 35-10 in their four wins.

The Cardinals are red-hot coming into this game though. They won 17 straight games in September to lock up the second Wild Card.

While they should be underdogs against Max Scherzer and the Dodgers, this is too good of a price to pass up considering their recent play, their lineup, and the presence of their own veteran ace in Adam Wainwright. 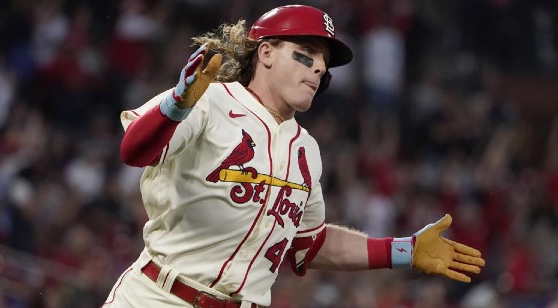 Inside the Stats - St. Louis Cardinals 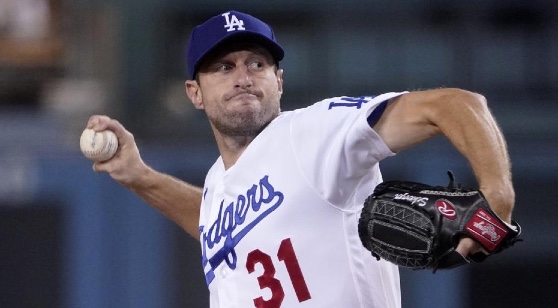 Max Scherzer will get the start for the Los Angeles Dodgers on Wednesday night, a front-runner for the 2021 NL Cy Young. (AP)

Max Scherzer has been lights out since being acquired by the Dodgers. Los Angeles has won all 11 games that Scherzer has started, and he is 7-0 with a 0.82 WHIP and a 1.98 ERA. His 11.7 K/9 is tops on the team, and he struck out 13 Cardinals over eight innings in his last start against St. Louis back on September 6.

The Dodgers have the most talented lineup in baseball. Corey Seager has been lights out since he returned to the team from a broken hand. Seager has a .915 OPS with a 3.7 WAR despite playing less than 100 games.

Mookie Betts is having another solid year despite dealing with some nagging injuries that led to him missing 40 games. Betts has not been in MVP form much, but he is carrying an .854 OPS and is one of the better base stealers on the team.

Los Angeles has also benefited greatly from the addition of Trea Turner. Turner’s .950 OPS since joining the Dodgers is the best mark on the team, and he has given this lineup a spark.

Unfortunately, the Dodgers will probably be missing their best power hitter as Max Muncy is considered doubtful to play with an elbow injury. Former NL MVP Cody Bellinger has had a bad year with a paltry .542 OPS.

St. Louis’ bats were under-performing for much of the year but came alive in September. Paul Goldschmidt led the way in this regard, hitting .323 in July, .350 in August, and .340 in September with a 1.141 OPS last month. He ended the year as one of three Cardinals with at least 30 home runs.

Tyler O’Neill had a breakout 2021 season. O’Neill posted a team-high .912 OPS and was tied for the team lead with 34 home runs. His 15 stolen bases were the second-most on the Cards, giving him a nice blend of power and speed.

The acquisition of Nolan Arenado paid off in a big way over the second half of the season. Arenado finished tied with O’Neill for the home run lead, and he cranked eight home runs last month.

Long-time ace Adam Wainwright will take the mound for the Cardinals in this winner-take-all game. Wainwright turned 40 in late August, but he has once again been St. Louis’ best pitcher with a 17-7 record and a 1.06 WHIP with a 3.05 ERA. He has a 1.17 WHIP and a 2.85 ERA in 15 career postseason starts.