The top team in the Eastern Conference, the Milwaukee Bucks, will open their series with the bottom seeded Orlando Magic on Tuesday afternoon in a matchup that is projected to be a lopsided affair, Milwaukee opening as -8000 favorites to advance to the second round of the playoffs.

Milwaukee entered this game as 10-point favorites, but early action on the Bucks resulted in them quickly shifting to 12-point favorites for this Game 1 matchup.

The total (over/under) for this Game 1 tilt opened at 224.5, and we haven’t seen much movement in that total, and I expect it to stay that way Tuesday morning as most books have the line set at 225. 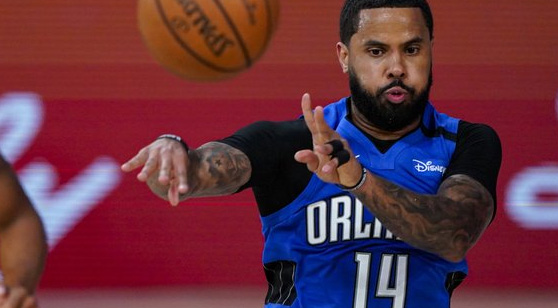 Orlando didn't have any success against Milwaukee this season and the oddsmakers don't expect that to change in the NBA Bubble Playoffs. (AP)

Inside The Betting Stats

Milwaukee enters this series with the best record in the NBA (56-17) and 10-point favorites against the Magic in Tuesday’s playoff opener in Orlando. The Bucks have struggled inside the bubble, going 3-5 SU in the NBA reseeding games, after being favorites in seven of their eight games, but judging by the opening spread, the oddsmakers are not worried about Giannis and company, and the two-point sway in the line favoring Bucks indicates the public isn’t worried either.

Orlando comes into this game on a 1-5 skid, with its only win in its last six games coming against the Pelicans in a contest that was played without Brandon Ingram, Zion Williamson, Jrue Holiday, and Lonzo Ball. While Orlando has struggled SU in the bubble, they have still been decent ATS, splitting four out of its eight reseeding games.

The Bucks are 4-0 SU against the Magic this year, and have covered the spread in three of the four meetings between these teams. In the games leading up to the NBA shutdown and in their eight games in the bubble, this typically long, defensive-minded Orlando Magic team has ramped up their pace of play dramatically and have played much less defense, and so far it hasn’t worked out going 2-8 SU in their last 10 contests.

Reigning-MVP, Giannis Antetokounmpo averaged 26.3 points, 15.7 rebounds, and 7.7 assists against the slower-paced version of this team, and I expect him to get solid upticks in volume compared to these team’s previous meetings. Watch for Giannis to go over his total points + rebounds line in this potential Game 1 track meet.

Evan Fournier has averaged 20.5 points, 3.3 rebounds, and 2.3 assists, tallying just 29.8 mpg in matchups with Milwaukee this season. With the Magic backcourt being a little banged up, and the Bucks being the highest scoring team in the NBA this regular season, I like Fournier to go over his total stats line in Game 1, especially if some of Orlando’s key players are unable to go in this one

Like I previously touched on above, Orlando has had a complete reversal in strategic mindset in the weeks leading up to the NBA shutdown, converting from a slower-paced, defensive style of play to a ramped up, run-and-gun offense, causing 17 of its last 20 games to soar over the total points OU.

Milwaukee plays at the fastest pace in the NBA (105.5 attempts), and that kind of tempo should be on full display against an Orlando team that has recently fallen in love with a high-speed style of play.

The under is 3-0-1 in matchups between these two teams, so I expect the bets to come in on this total relatively even without much line movement throughout the day, barring somebody significant gets scratched.

Evan Fournier and Terrence Ross have both been upgraded to probable for Orlando’s Game 1 matchup with the Bucks. If Gordon or Ross are unable to go in this one, look for Fournier to absorb their shot attempts.

Wesley Mathews and Ersan Illyasova are also both expected to play in the Bucks playoff opener in the bubble, but if Matthews is unable to go on Tuesday afternoon, look for Khris Middleton and Donte DiVincenzio to pick up the slack in 3-point volume and minutes for Milwaukee.

The Bucks playing at the fastest pace in the league and Orlando’s new style of play feels like a chemist in a lab trying to cook up an ‘over,’ and the line somewhat reflects that. I still think the line is too low. The best bet for this Game 1 contest is Bucks-Magic Over 224.5 total points.