With no football being played on Monday during the last week of the NFL season, the majority of the public’s betting focus inevitably turns back to basketball tonight, so VI has you covered with another slate of best bets and game previews to help you handicap all the action.

The Mavericks opened as slight favorites for tonight’s contest (-122) but as of Monday morning, the Rockets had already become a more heavily favored side in this matchup than Dallas had been at any point previously, with the books currently giving a 4-point edge to Houston (-176). 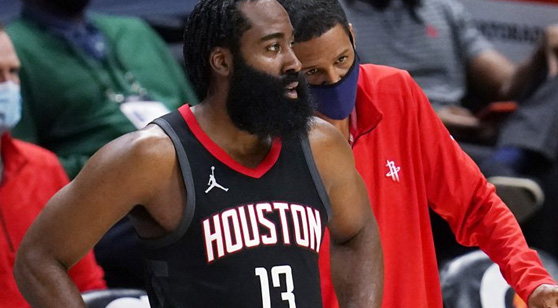 Following losses to the Trail Blazers and Nuggets in their first two contests of the season, the Rockets bounced back this week with two consecutive wins over the Sacramento Kings to even up their record at 2-2 on the year.

Luka Doncic missed his first game of the season yesterday with a bruised quadricep and the Mavericks managed to drop a game to the Bulls during his absence (118-108), as Dallas clearly had no answer for Zach Lavine (39 points, 14-25 FG) nor Coby White (23 points, 7-14 FG) on the defensive side of the ball.

Houston and Dallas played three wildly high-scoring matchups during last year’s regular season, with the lowest point total accumulated by these two teams in a single contest being 249 points and the average amount of points between them being 270.3.

The Mavericks managed to pull off the upset in their first meeting with the Rockets last season behind an extremely efficient 72 combined points (25-48 FG) from Tim Hardaway Jr. and Doncic.

Dallas was unable to retain that same level of marksmanship in its following two matchups with Houston though and James Harden took full advantage, averaging over 42 points per game in the Rockets’ remaining two contests against the Mavs.

Dallas’ first game of the season without Doncic in the lineup was an utter catastrophe as the Mavericks suffered a double-digit loss to the Chicago Bulls last night.

Keep in mind, Kristaps Porzingis is still out for at least another week, so Dallas has virtually no offense if Luka is forced to sit out for a second consecutive contest.

Even if Doncic plays on Monday night and looks 100% healthy, I still believe adding John Wall’s athleticism to the mix for Houston is destined to give Dallas fits on defense in this matchup.

When the Rockets made the move to acquire Wall this past offseason many folks around Houston expressed an abundance of injury concerns regarding the former Washington Wizard, but he has looked healthier than ever in his first two games in Rockets’ red, averaging 25 points, 7.5 assists, and 5 rebounds per game on over 46% shooting.

Christian Wood has also been an incredible addition for the Rockets so far, as the former Piston has tallied a 20-point, 12-rebound performance in three out of his first four games with Houston.

Although they lost Russell Westbrook in the offseason, the Rockets appear to be playing a much more fluent style of basketball with their newly acquired pieces and I expect them to be a much more dangerous team in the Western Conference this year without Russ hogging a third of the team’s offensive usage percentage.

The injury report for Monday night’s contest is polluted with stars, obviously headlined by Doncic and Harden both being listed as questionable with minor injuries.

I anticipate that whenever one guard’s status for this matchup is determined, then the other will follow suit. But if one guard plays and the other does not, be prepared for some steep line movements as we approach tipoff.

Houston acquired Wood from the Pistons this past offseason and the trade appears to be paying great dividends early, with the former UNLV Rebel averaging 23.8 points, 10.8 rebounds, and 2.0 assists per contest during his short, 4-game Rockets’ tenure.

With Porzingis still missing from the lineup, Dallas has really struggled defending down low, resulting in three out of six opposing teams totaling 115 points or more against the Mavs to start the season.

Back Wood to go over 28.5 points + rebounds for his fourth time in just his fifth Rockets’ appearance.

The injury concerns are all over the place heading into this matchup but regardless whether each team’s respective superstar is on the floor or not, I still have much more confidence in the Rockets’ to get things done on Monday night against a Mavericks squad already bearing some ugly losses to the Bulls, Hornets, Suns, and Lakers across their first six games of the season.