Both the Los Angeles Clippers and New Orleans Pelicans are well-rested coming into Wednesday night’s game. The Clippers have been off since Sunday’s 130-127 win over the Chicago Bulls, while the Pelicans haven’t played since last Friday after Monday’s game against the Mavericks was called off due to COVID decimating Dallas’ roster.

This is the only scheduled game between these two Western Conference foes prior to the All-Star break in early March. 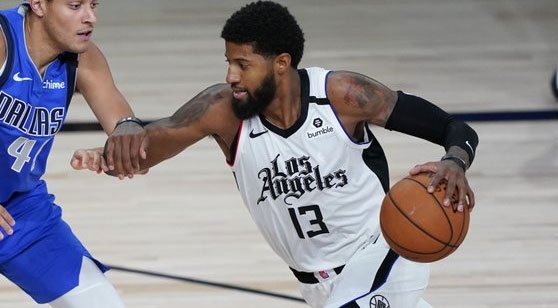 The Clippers are seeking consecutive wins for the first time since December. (AP)

Los Angeles has alternated wins and losses since December 30. The Clippers are currently 7-4, and their only truly terrible loss was their record 51-point throttling at the hands of Dallas a little more than two weeks ago.

The Clip Show blew a 21-point third quarter lead against Golden State last Friday. Stephen Curry exploded in the second half, leading all scorers with 38 points on 13 of 24 shooting as the Clippers could only score 40 points after halftime.

In their most recent game, the Clippers survived a scare from the Bulls. The Bulls led by a point with a little more than three minutes to play, as Zach LaVine exploded for 45 points. However, it wasn’t enough with Kawhi Leonard putting in 36 points and surpassing 10,000 career points on the night.

New Orleans has lost three straight games after a 4-2 start. The Pelicans suffered a narrow overtime loss to Indiana last Monday, and that was followed up by a one-point loss to Oklahoma City two days later.

It appeared New Orleans would end its losing streak after taking a 38-22 lead against Charlotte at the end of the first quarter last Friday night, but the Pelicans stalled out on offense the rest of the way.

They could only muster 72 points over the last three quarters, leading to the Hornets storming back to win by eight points as Gordon Hayward and LaMelo Ball shredded the Pelicans’ defense in the second half.

Stan Van Gundy is working on turning around the Pelicans. He had a winning record in his first eight seasons as an NBA head coach, but he could only manage to finish over .500 one time in four years with the Detroit Pistons.

This New Orleans team is loaded with talent though. Zion Williamson is one of the most talented young players to enter the league in the last decade. Williamson’s rookie season was marred by injury, and he is slowly coming into his own. He is averaging 21.9 PPG with 8.1 RPG, and he is shooting 55.7 percent from the floor.

Brandon Ingram leads the Pelicans in scoring with 24.0 PPG. Ingram has made this offense go with 7.1 RPG and 5.8 APG as a small forward. He hasn’t been extremely efficient though, hitting just 45 percent of his field goals and 35.7 percent of his threes.

Offensive inefficiency has plagued this backcourt. The Pelicans are the worst three-point shooting team in the league (32.2 percent), and they are turning the ball over 15.6 times per game (tied for third-worst in the NBA).

J.J. Redick has completely lost his touch, making just 31.7 percent of his field goals and 29.5 percent of his threes. Nickeil Alexander-Walker is shooting even worse from distance (28.0 percent), and Lonzo Ball is sitting at 30.8 percent from distance.

The only three half-decent three-point shooters have been Eric Bledsoe (37.8 percent), Josh Hart (36.1 percent), and Ingram.

The big problem with the Clippers in recent weeks has been their perimeter defense. LaVine, Curry, and Patty Mills all went off from downtown, leading to this team’s middling performance. Opponents are shooting 37.4 percent from beyond the arc against the Clips so far, and they are allowing teams to make 47.3 percent of their field goals.

Leonard is playing up to his lofty standards. He currently leads the Clippers with a 25.07 PER, and he has 24.4 PPG, 4.9 RPG, and 5.7 APG with two steals a game to boot. The two-time NBA Finals MVP is shooting 47.1 percent from the floor and 43.2 percent beyond the arc.

Paul George is playing even better than Leonard on the offensive end. George is out to redeem himself after last year’s dreadful playoff performance. He leads the Clips with 25.0 PPG, and he also has 6.3 RPG and 5.4 APG to be within a half-point of the team’s leader in both of those categories.

His shooting has been much better, as George is knocking down 49.7 percent of his field goals and a whopping 51.2 percent of his threes. He has made at least five triples in four of his last five games.

The Clippers lead the league in three-point percentage (42.4 percent), and they are one of just two teams that are currently making at least 40 percent of their threes. Luke Kennard (45.7 percent), Patrick Beverley (43.8 percent), Nicolas Batum (43.5 percent), and Lou Williams (40 percent) are all averaging at least 8.2 PPG.

Both teams should have their full rotations available for this game on Wednesday night. Marcus Morris Sr. finally returned to the lineup for the Clippers last week, while New Orleans’ Steven Adams was dealing with migraines earlier in the week.

Neither team plays on Thursday, so there should be no rest days for any player.

This is a great match-up for the Clippers. Their weakness can’t be exploited by the Pelicans’ poor shooting from beyond the arc, while they have the bodies to stop Ingram and Williamson down low.

These are two of the slowest paced teams in the league according to John Hollinger, so the under looks to be a solid play too.