The last few days have been packed to the brim with a variety of professional sporting events for bettors to wager on, and the weekend festivities will come to a close with the Pacers visiting the Clippers in Sunday’s nightcap on NBATV.

The Clippers come into this game as 5.5-point favorites, marking the 13th consecutive contest that Kawhi Leonard and company have been listed as the favorite for.

While the total for this contest sits at a relatively middle-of-the-road number for a regular season matchup between potential playoff teams – OU 222.5. 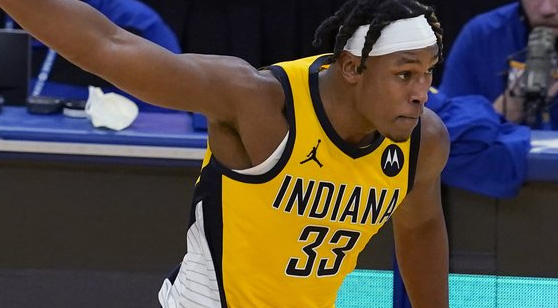 The Pacers have gone 2-1 in the first three games of their four-game road trip on the West Coast. (AP)

The Clippers come into Sunday night as winners in four of their last five contests, with the only loss across that stretch coming in the second game of a weekend series against the Warriors (115-105).

Los Angeles’ most recent contest might have been their most impressive output of the season so far though, as the Clippers hung 138 points on the Kings in nearly a 40-point blowout this past Friday (138-100).

The Pacers rollercoaster ride of a season has continued so far this week – dropping their first contest of a back-to-back set against Sacramento this past Monday, but head into Sunday’s contest boasting consecutive victories against the Blazers and Warriors.

Due to COVID-19 complications, the Pacers and Clippers only met up one time during last year’s regular season, which resulted in an 11-point victory for Los Angeles as Paul George and Montrezl Harrell erupted for a combined 62 points while Leonard was designated the night off (110-99).

Malcom Brogdon (20 points) led the way on the scoreboard for Indiana during last year’s regular season matchup between these teams, but it was Domantas Sabonis (18 points, 22 rebounds, 4 assists) who was really doing everything in his power to keep the Pacers in contention against the Clippers in this contest.

The aftermath of the James Harden trade to Brooklyn resulted in Indiana shipping Victor Oladipo to Houston in exchange for LeVert and a second-rounder but unfortunately for the Pacers, LeVert is dealing with some health issues and isn’t ready to suit up just yet – forcing a second starter into the lineup for this contest that is typically accustomed to coming off the bench (Warren – Inactive).

Indiana has been inconsistent out of the gate to start the year – already proven capable of beating the Celtics and Rockets, while also showing worrisome vulnerabilities in losses to the Kings and Knicks.

The Pacers are a solid team that does not typically receive nearly enough credit when it comes to the general public’s evaluation of the Eastern Conference, but the obvious elephant in the room is the fact that nobody on this team can stay healthy, and I expect Indiana’s health issues to bite them once again in this contest with another short-handed loss to the Clippers on Sunday night. 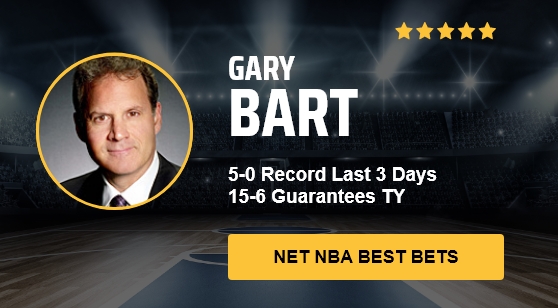 After being eliminated by the Nuggets during the second round of last year’s post-season, the Clippers appear to be playing a completely different brand of basketball with their new head coach, Ty Lue, and the rest of the pieces LA’s front office has elected to surround their superstar duo with.

Six out of the Clippers’ nine wins so far this season have come by 6-points or more, with the only games remaining close being the ones where Los Angeles was not at full strength of squaring off against subpar competition.

The big news on this report is newly acquired Pacers’ guard, Caris LeVert, being listed as “out indefinitely” after his pre-trade physical revealed a mass in his kidney hindering his ability to suit up for Indiana.

T.J. Warren is also expected to sit out during this contest with an injury – look for Edmond Summer and Justin Holiday to take on expanded roles in Indiana’s rotation.

With Oladipo being shipped out of town this week in the James Harden deal and LeVert sitting out after recently discovering a mass in one of his kidneys, Malcolm Brogdon will be expected to shoulder the majority of the shooting load for the Pacers at the guard position in this contest, with so many pieces missing from Indiana’s puzzle heading into Sunday.

Brogdon has scored 20+ points in six out of his last seven games, and I expect him to easily eclipse that total again versus the Clippers as a result of a usage bump due to the Pacers’ current depth on the perimeter.

The Clippers come into this contest riding a three-game winning streak for the first time this season and will get a crack at a Pacers team that is still in the premature stages of their new construction.

Back the Clippers to win this contest handedly, as I don’t believe Brogdon and Sabonis are capable of providing enough offensive firepower to keep up with an elite team like Los Angeles in this game.