The Denver Nuggets are eager to return to the court after not playing since last Sunday. Denver was originally supposed to host the Detroit Pistons on Monday, but the game was postponed less than an hour before tipoff due to a possible COVID case with the Pistons.

They will have had three nights off prior to their game against the Los Angeles Lakers on Thursday night. 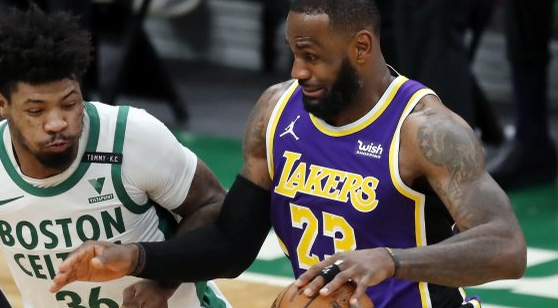 LeBron James and the Los Angeles Lakers have performed better on the road this season than at home. (AP)

Los Angeles is one of the best teams in the league. The Lakers are 16-6 coming into this game, but they suffered their first losing streak of the season when they lost to Philadelphia and Detroit on back-to-back nights last week. They fell to the Sixers by a single point before losing by 15 points to the Pistons the following night.

The Lakers pulled out a gritty one-point win over the Boston Celtics on Saturday night before wrapping up a seven-game road trip against the Atlanta Hawks. L.A. overcame a small fourth quarter deficit to pick up a 107-99 win on Monday with Anthony Davis’ 25 points leading the way. That victory was somewhat overshadowed by some shenanigans off the court though.

Two Atlanta fans got into it with LeBron James at courtside. The game was briefly stopped as James and the couple were jawing at one another, but James had the last laugh. He had 21 points, seven rebounds, and nine assists in 38 minutes of action.

Denver has won six of its last seven games. The Nuggets needed overtime and double overtime to beat the Phoenix Suns on back-to-back nights during their run, but they continue to pick up wins with Nikola Jokic playing very well.

Jokic was lights out in Denver’s last game on Sunday afternoon. He tied his career high with 47 points and pulled down 12 rebounds in a 128-117 Nuggets’ win. The seven-foot center went 17 of 26 from the floor, made all four of his three-point attempts, and he went 9 of 10 from the line.

Jokic and Joel Embiid are currently LeBron’s biggest competitors in the NBA MVP competition. Jokic has the second lowest odds next to James at this point though, as he is nearly averaging a triple-double and leads the Nuggets in every major category. He leads the team in points (26.8 PPG), rebounds (11.8 RPG), assists (8.6 APG), steals (1.8 SPG), and blocks (0.6 BPG).

Denver’s offense runs through Jokic, and not just off the high pick and roll with Jamal Murray. Jokic’s elite passing skills make him a unique table setter as a big man, allowing his teammates to get plenty of open looks. For his part, Jokic is very efficient, making 57.4 percent of his field goals and 38.4 percent of his triples.

Murray is a streaky shooter that can take over in stretches. He is posting essentially the same numbers in 2020-21 that he did in 2019-20 with one notable exception. His free throw shooting is 10 points worse than it was last year, and that has hurt Denver a few times.

Michael Porter, Jr. was seen as one of the most talented high school recruits in recent memory. Unfortunately, he suffered a lower back injury that required surgery in college, and he only played two games during his one collegiate season. That led to him being selected at the tail end of the lottery, as there were concerns his back would never allow him to reach his full potential.

The Nuggets were patient with Porter, and that patience has paid off. He sat out his entire rookie season before showcasing his promise last year. Porter turned heads in the Orlando bubble, and he is even better this year. He is making 55.9 percent of his field goals and 50 percent of his threes to be the team’s third leading scorer with 16.6 PPG. 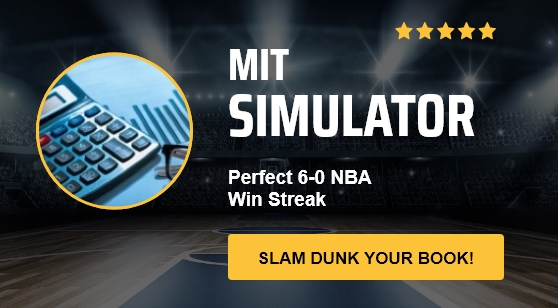 James is currently the frontrunner to be named NBA MVP this season. The greatest player of his generation won four MVPs between 2009 and 2013, but it’s been eight years since the most talented player since Michael Jordan was awarded the highest individual honor in the league.

He is closing in on 35,000 career points. James continues to redefine his game as he ages, and after setting a career-high with 10.2 APG during the 2019-20 season, he is shooting a career-best 40.9 percent from beyond the arc this year. He has shot under 43 percent from the field in his last three outings though.

Davis is one of the most intimidating low post threats in the league. He is almost impossible to stop one on one, allowing the Lakers to thrive on offense. Davis is currently averaging 22.3 PPG and 8.7 RPG, and he can carry the load when LeBron is having an off night.

His defense has been elite over the last half-decade too. Davis has made the All-Defensive First Team in two of the last three years, and he is averaging 1.3 steals and 1.9 blocks an outing this season.

Montrezl Harrell does a good job protecting the rim and cleaning up the boards with 2.5 ORPG. He has been an efficient scorer too, making 63.6 percent of his field goals and averaging 13.2 PPG.

The big issue with the Lakers last year was the play of the backcourt. The guards played well enough in the postseason for the Lakers to win the title, but the team looked to improve the position by adding Dennis Schroder.

Schroder is the Lakers’ third-leading scorer with 13.6 PPG. Unfortunately, he hasn’t been particularly efficient, making just 42.1 percent of his field goals and 30.6 percent of his threes.

This is a winnable game for Denver. The Nuggets have three players that the Lakers will find it difficult to match up with in Jokic, Murray, and Porter. Don’t be surprised if Denver pulls off the upset.