Western Conference NBA action returns to ESPN on Saturday night with another star-filled matchup between the Golden State Warriors and the Dallas Mavericks, and VI is getting you ready with more Best Bets and Game Previews to help handicap all the evening’s top games.

Despite suffering a 31-point loss to the Warriors this past Thursday, the Mavericks head into Saturday night’s affair as a 4-point favorite – marking the fifth consecutive contest that Dallas has been favored in.

While the ‘over-under’ for Saturday’s matchup currently sits at OU 231, after easily cashing ‘over’ tickets in their most recent contest with 263 combined points in Golden State’s victory. 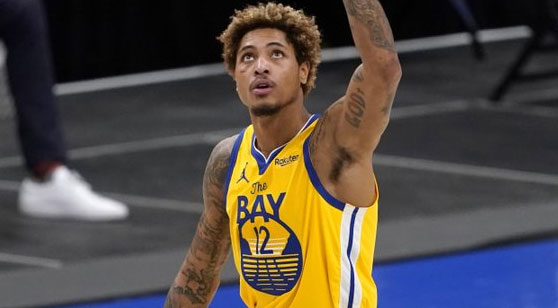 Dallas snapped a six-game losing streak with a 122-116 victory over the Hawks this past Wednesday, but the Mavericks struggles appear to not be over yet – suffering their largest blowout of the season in a 31-point loss to the Warriors the following day.

While the Warriors come into this contest having won four of their last six games, with their only losses across that stretch coming in matchups with the Suns and Celtics.

Dallas and Golden State met up this past Thursday for their first matchup of this year’s regular season, and while the Mavericks entered the halftime break with a 2-point lead, 76-74, it was the Warriors who were able to sustain their superb first-half shooting – outscoring Dallas 73-40 on 71.1% from the field in the second half.

During last year’s regular season, the Mavericks showed no mercy in a brutal 3-game series sweep of the Warriors, with Dallas winning all three matchups by 20 points or more – and the largest of those blowouts coming by 48 points. (142-94).

The Warriors put on their best shooting performance of the season against the Mavericks this past Thursday – totaling 147 points on 57.3% from the field while knocking down 23-27 attempts from the free throw line.

Seven of those 10 three-pointers came via Kelly Oubre, as the University of Kansas product scored 21 of his 40 points from beyond the arc in the Warriors victory.

Prior to the ‘over’ cashing in Thursday’s matchup, the total had stayed ‘under’ in three consecutive Golden State games.

Dallas heads into Saturday’s contest as a short favorite for a fifth consecutive game, despite dropping seven of their last eight contests – which includes a 31-point loss to the Warriors this past Thursday.

Since the return of Kristaps Porzingis, the Mavericks have now lost 10 out of 14 games – with half of the losses across that span coming by 15 points or more.

On the brighter side though, after failing to score more than 108 points in four consecutive contests, the Mavericks have now tallied 116 points or more in each of their last two matchups.

While the Mavericks injury report appears to be completely vacant ahead of Saturday’s contest, the Warriors come into this matchup short-handed in the frontcourt with both James Wiseman and Kevon Looney both expected to miss tonight’s tilt with injuries.

Juan Toscano-Anderson has been the main beneficiary of Golden State’s injury concerns, tallying 26 and 39 minutes in the Warriors last two matchups following the injury to Looney on Tuesday.