Eastern Conference NBA action will resume on Thursday night with the Pacers set to host the Nets during the first matchup on NBA TV’s nationally televised slate.

Brooklyn enters Thursday’s matchup as a 9.5-point favorite over the homestanding Pacers – marking the fifth time Indiana has been listed as an underdog across the last eight games.

The total for this event currently sits at OU 240, which is the eighth Pacers’ game since the start of April to have an over-under set above 232 (16 games). 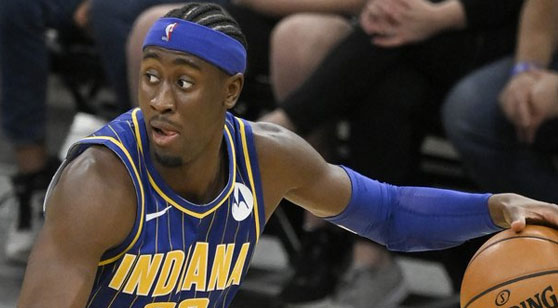 The Pacers have dropped two meetings with the Nets this season as the two Eastern squads hook up on Thursday. (AP)

The Pacers head into Thursday’s bout following wins in three of their last four games – with Indiana’s trio of victories during that timeframe coming in matchups against the Magic, Pistons, and Thunder, which is a group of squads that share a combined record of 59-127 on the year.

Indiana had a three-game winning streak snapped by the Blazers in their most recent affair though – as dunk contest winner, Anfernee Simons, went off for 27 points on 9-of-10 three-point attempts on the way to a blowout victory in favor of Portland.

On the flip side, the Nets enter Thursday boasting wins in four of their last five games – with Brooklyn’s only loss during that window coming in a matchup against Toronto, which was a contest James Harden and Kevin Durant both did not participate in.

Brooklyn’s most recent affair resulted in a 13-point revenge-victory over the Raptors, as every Nets’ player that entered the contest eclipsed double-digit scoring during the win – except Kyrie Irving (9 points). 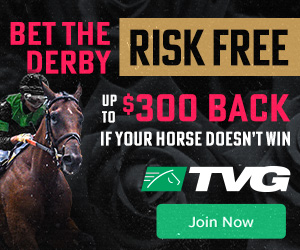 Brooklyn has claimed victories of nine points or more over the Pacers in both of their matchups so far this year – with one of those contests staying 'under' the total set for Wednesday’s affair (198 points), and the other soaring over that number (239 points).

The first matchup between these teams was the more competitive affair of the two, as Indiana managed to hang in for the majority of the game behind a poor shooting night from Brooklyn (9-of-31 3PA) – which can be chalked up to Harden shooting 4-of-13 from the field and the absence of Durant.

Ultimately, the Nets were able to pull away down the stretch of that contest though, as Kyrie ended up carrying Brooklyn to a victory by leading his team’s scoring in the second half by a 12-point margin, which was more than enough to propel them to a victory.

The most recent matchup between these teams was played at a much faster pace than the first, but still carried a similar result – as Brooklyn cruised to another easy victory over the Pacers behind a 40-point performance from Harden, despite the absences of Irving and Durant.

The Nets are an undeniable force in this year’s Eastern Conference – currently sitting atop the standings with a record of 42-20, despite consistently being battered by injuries over the course of their campaign.

What’s even more impressive about Brooklyn’s achievements so far this year, is that they are finding success under mitigating circumstances – considering Irving, Durant, and Harden have all been forced to miss more than 15 games apiece due to injury concerns this season, which has led to Brooklyn’s big three only starting two games together since uniting back in January.

Blindly betting the ‘over’ in Nets’ games has been one of the most profitable plays across the league this year – with the total going over at a 42-20 clip in matchups containing Brooklyn so far this season.

Make note though, the total has stayed 'under' in three of Brooklyn’s last four games.

Despite owning a losing record so far this season, the Pacers find themselves in the midst of a heated race for the final two spots in the Eastern Conference playoff picture – as Indiana, Charlotte, and Chicago are all currently separated by less than two games, with only a handful of contests left to play.

Indiana might not have a realistic shot at taking home this year’s title, but the Pacers have looked good during their playoff push – currently heading into Thursday on a 6-2 SU run.

Similar to Brooklyn, betting the ‘over’ in Pacers’ games has been one of the most reliable plays across the league this year – with the total going over at a 36-26 clip in matchups containing Indiana so far this season.

That trend of high-scoring affairs has remained prevalent during the Pacers’ latest stretch of matchups too, considering the total has gone 'over' in three of Indiana’s last four games.

Malcolm Brogdon had a rough night offensively in the Pacers’ latest matchup against Portland on Tuesday night – as the UVA-product scored just 18 points on 35% from the field during Indiana’s blowout loss to the Blazers.

Prior to that matchup though, Brogdon had scored 23 or more points in seven of his last nine games – with four of his performances during that span containing over 28 points.

I’ll back Brogdon to go 'over' that number again here, in what should be a relatively high-scoring affair against the Nets.

Brooklyn enters Thursday’s event following wins in four of the last five games – with the Nets’ only loss during that stretch coming in a matchup against Toronto, which was a contest Harden and Durant both did not participate in.

Similarly, the Pacers head into Thursday following wins in three of their last four games – with Indiana’s trio of victories across that stretch coming against a group of squads that share a combined record of 59-127 this season.

I’ll lay the hefty total with the Nets here, as the Pacers have already come up short twice against Brooklyn this season without Durant in the lineup. Adding KD to the equation should only make things significantly more difficult for Indiana this time around.