The defending AFC champion Kansas City Chiefs welcome the Cleveland Browns to town to open the 2021 NFL regular season, and if this seems like a familiar matchup, it should. These teams just matched up in the AFC Divisional Round in January, with the Chiefs scratching out a 22-17 win.

While the Browns grabbed a cover as 7.5-point underdogs in that low-scoring affair in which the OVER (55.5) was never threatened, you have to remember that QB Patrick Mahomes was knocked out of that game fairly early, and veteran backup QB Chad Henne steered the ship for a good chunk of the game. The defense for the Chiefs bowed its back and really stepped up to shut down the big dogs of the Browns offense, single-handedly carrying them to the AFC Championship Game where Mahomes was able to return.

Cleveland enters its season with a lot of high praise and similar high expectations. But the Browns are gonna Browns, and we saw in 2019 when high expectations were heaped upon this team, they wilted under the pressure early and were never able to recover. Head coach Kevin Stefanski came in last season and won Coach of the Year honors, and finally appears to have given stability to a franchise which has been a rudderless ship for the better part of two decades. And QB Baker Mayfield cut down his mistakes a season ago, and was able to get the team into the playoffs. Now, can they take another big step forward? A win over a perennial contender on its home field would certainly go a long way to proving they're here to stay.

While I think the Browns are a fine team, and they're a no-nonsense, smash-mouth rushing attack with RBs Nick Chubb and former Chief Kareem Hunt, they can also sling it if need be. And this defense improved itself with the addition of pass rusher Jadeveon Clowney, joining Myles Garrett for a fearsome front. But there are a lot of moving parts, and some jelling which needs to be made. The good news is that Clowney, Garrett and company will be facing an offensive line for the Chiefs with three first-year players, and four guys who didn't play an NFL snap in 2020.

Mahomes should be in good hands, though, and he still has weapons like WR Tyreek Hill, TE Travis Kelce, etc. It doesn't take him a lot of time to find them. It might take them a while to get going, but once they do, the Chiefs will be good to go in the pass game against a Browns secondary which is also revamped and has to learn to jell with one another for a full 60.

The Browns haven't had a lot of success starting quickly in recent season. In fact, their record in Week 1 has been downright brutal. Even in a playoff season in 2020, they were bludgeoned 38-6 in Baltimore as seven-point underdogs, and with high expectations in 2019, they were throttled 43-13 by the visiting Tennessee Titans, not even coming close to covering a 5.5-point number. Prior to that they had a rare 21-21 tie and cover with the Pittsburgh Steelers in 2018. In fact, the tie is actually the only good thing to happen to Cleveland in the past 16 openers. They're 0-15-1 SU in the past 16 regular-season openers, and they're 5-15-1 ATS in the past 21 games in Week 1.

That's a lot of bad juju to have going against you, and eventually you have to figure it's going to end well for the Browns. They appear to be on an upward trajectory, shedding their past bad luck and decisions. However, a trip to Kansas City isn't exactly an elixir to cure their ills.

On the flip side, Kansas City is a perfect 4-for-4 against the number in the past four regular-season openers, and they're traditionally a fast-starting team, going 12-2 ATS in their past 14 games played in the month of September. Keep in mind, though, the Chiefs are 1-9 ATS in the past 10 games on a natural grass surface, and they're 1-5 ATS in the past six at home, including that playoff game against the Browns in January, so everything isn't coming up roses.

Still, if this game were on the shores of Lake Erie, perhaps you could look past all the negative history, but Kansas City as less than a touchdown favorite on its home turf? Gimme that all day long. 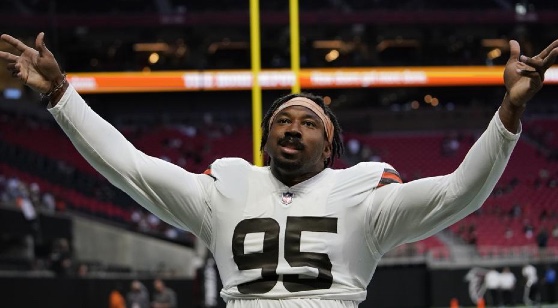 The road team has covered the spread in four straight games played between both teams. (AP)