It doesn't take too much convincing from anyone to have me on the side against the New York Rangers this year, as I've been low on them all year. Not every play against the Rangers has panned out, but the Rangers being this kind of chalk against anyone is a pretty easy fade more often than not.

New Jersey just closed in the +140/+150 home underdog range hosting Pittsburgh, and were even shorter home dogs against Washington at the start of the month. No way do I believe New York is anywhere near that same class of team. Easy fade, win or lose. 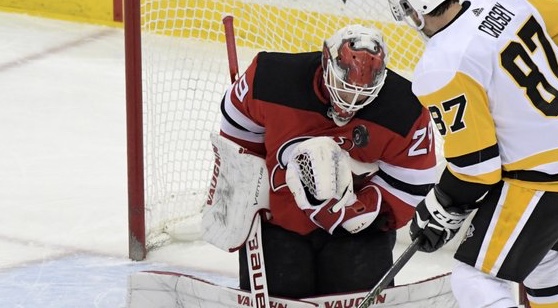 New Jersey looks to snap its streak of losing 10 straight home games when playing as the underdog following a loss. (AP)

New Jersey plays host on Tuesday Apr. 13, 2021 with this East Division game set for 19:00 local time at the Prudential Center.

The teams are separated in the standings by 10 points. The Rangers are +21 on the goal differential, while the Devils are -29.

The Devils are on a two-game losing streak, and have also lost six of their last seven games. They have lost six straight games at home. New Jersey has seen at least one team score five or more goals in five straight games.

New York has won the last two meetings between both teams, scoring exactly six goals in both games. Both wins were also inside the Prudential Center. The goal total has also gone OVER in five straight games played beween the two teams.