In four meetings between these two teams this year, the winner has scored at least five goals in three of them. Washington's won the last three overall and are coming off a 8-1 win over Boston and even with some offensive regression expected, getting half that tally here against a Flyers team that's no strangers to allowing 3+ goals should be enough from Washington's end.

Philly's a team that's scored at least two goals in six straight games, and even with a 1-3 SU record against Washington this year, the Flyers have scored at least three goals in three of those games themselves. A game where each side pots three and we go from there is how I see this one playing out. 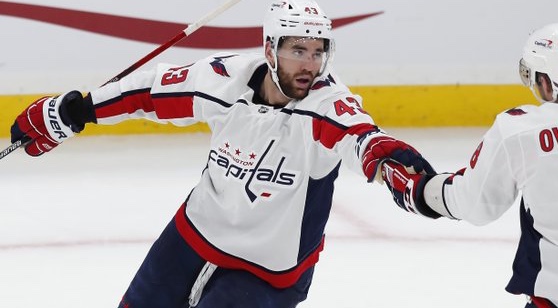 Although Washington is the home favorite, the underdog has won six of the last eight games between the teams. (AP)

Washington hosts Philadelphia on Tuesday Apr. 13, 2021 for this East Division game that is scheduled for 19:00 local time at the Capital One Arena.

Washington is tied for first place of the East Division standings with the New York Islanders, as the teams have 58 points. The Capitals are 27-11-4 this season with a +20 goal differential.

Philadelphia is sitting in fifth place of the East Division standings, tied with the New York Rangers with 44 points. The Flyers have a 19-16-6 record this season with a -26 goal differential.

The Flyers are coming off of a 5-3 loss to the Buffalo Sabres, and have now lost three of their last five games. Philadelphia has also lost three of its last four road games.

The Capitals are on a two-game winning streak, and have also won four of their lat six games. Washington lost its last home game to Boston, but won five of six prior to the Bruins' loss.