Tough break for "over" bettors in the game between these two last night, as a scoreless 3 rd period turned a 3-2 final via the shootout that was good enough to stay below the 5.5 total. It marked the fourth time in five meetings between these two this year that the game was decided by a single goal as well.

The Stars as -200+ chalk got their last night, but it was never really comfortable and I wouldn't expect anything different here. In six spots when playing the same team on consecutive nights this season, Detroit has seen the same total result from the first night come in again on the second night four times.

The majority of those have been "unders", as the Wings offense does struggle to consistently score (28th in xGF/60), and "over" bettors probably missed their chance to cash a ticket in this matchup last night. Another 3-2 Dallas win is probably where we see this game land again. 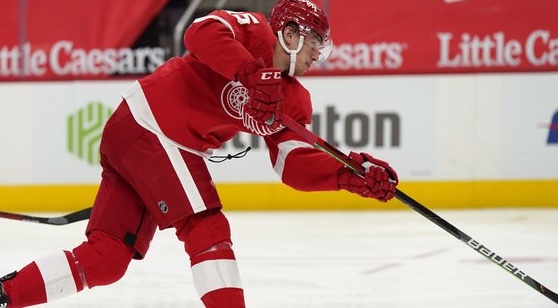 The Detroit Red Wings are looking to end a two-game losing skid when they face the currently hot Dallas Stars.(AP)

The Red Wings are on a current two-game losing streak, dropping a 2-3 game to Dallas in their last time on the ice. Dallas is on a three-game winning streak, outscoring opponents 12-4 in the three-game span.