A three game losing streak for the Jets has killed any realistic shot at them chasing down Toronto for first place in this division, meaning that in all likelihood we will be getting a Winnipeg/Edmonton playoff series.

Home ice will obviously be important, but with both sides likely understanding that will be their fate, I think we see all the offensive stars on both sides just go shot for shot against one another tonight and see where the final tally stands after 60 minutes. 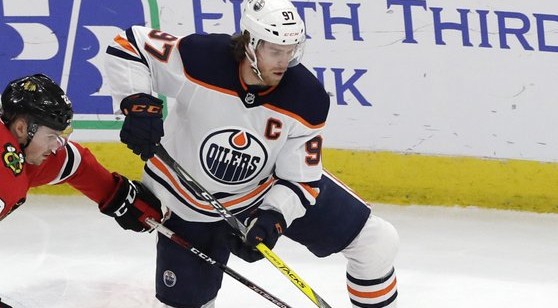 Edmonton looks to hand Winnipeg its fourth straight loss when they visit the Jets on Monday. (AP)

Edmonton is coming off of a 4-3 loss to the Montreal Canadiens, snapping a two-game winning streak. Winnipeg lost its last game to the Toronto Maple Leafs 4-1, the third straight loss for the Jets.