Third consecutive game between these two teams still trying to hunt down Pittsburgh for first place in the East, and because of it, I think we get a game that more resembles that first game of the three (1-0) as opposed to the most recent one (6-3).

Through seven head-to-head meetings this year, these two teams have yet to play consecutive contests 'over' the total, and the Islanders themselves are a perfect 0-3 O/U this year after allowing five or more goals last time out. One of those three occurrences happened back in late January against this same Washington team, oddly enough after a 6-3 Washington win.

The Islander's next game there was a 3-2 OT loss to the Flyers, but the other two instances finished with 1-0 and 2-1 scores, meaning I wouldn't be surprised to see five goals be the ceiling tonight. 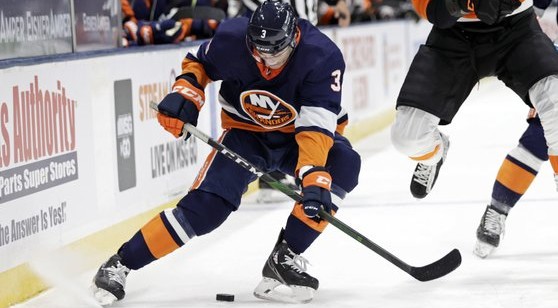 The New York Islanders enter Capital One Arena on Tuesday night, a venue in which they have seen underdogs win seven straight games. (AP)

The Islanders are coming off a 6-3 loss to Washington, the second straight loss and fourth in six games. Washington has won two straight games, both against New York, and has won four of its last six.

Washington has won the last two meetings, although New York won the two games prior. The Capitals have covered the puck line in four of their last five games against the Islanders.