It's been eight games since the Bolts played consecutive 'overs', as they've really let their great defense suffocate teams as they push towards trying to win this very tight race in the Central Division. A 6-1 SU record against Chicago this year for Tampa has come about thanks to the Lightning scoring an average of 4.28 goals per game against Chicago, and never scoring fewer than three.

That's got me trusting Tampa Bay to do their part offensively, and in terms of Chicago, they are coming off a game where they netted just one goal, a rarity for them at home this year. In the three previous instances Chicago scored just a single goal at home, it has gone on to score three, two, and four goals in their next game, so hopefully getting to at least two goals shouldn't be a huge concern. 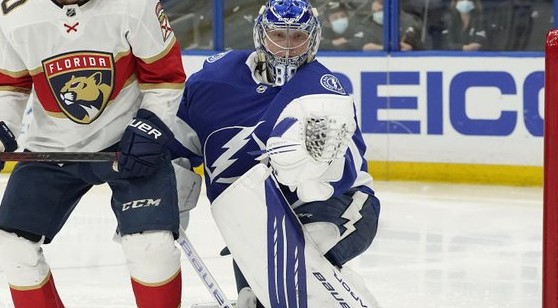 Tampa Bay enters Tuesday's game as the favorite, but has seen the underdog win five of the last seven first periods. (AP)

Tampa Bay has won two straight games, its most recent win against Columbus 3-4. Chicago lost its last game 3-1 to Nashville but has failed to lose back-to-back games over its last nine contests.

Tampa Bay won the last meeting on Mar. 20 by the final score of 4-1. Tampa Bay has won three straight games against Chicago, while the goal total has failed to go UNDER in four straight meetings.