Flipping the script on this battle between two playoff teams jockeying for a division crown relative to the Minnesota/St Louis game mainly because these two high powered offenses in Colorado and Vegas just haven't combined for many goals all year when playing one another.

We've got a 1-5 O/U record in the season series between these two, with three of the games finishing with 3-2 finals that had them right there near the total, two of which could have had an empty netter shift the results.

When you've got the No. 2 (Vegas) and No. 3 (Colorado) ranked teams in xGF/60 ( 3.32 and 3.26 respectively) this year on a 1-5 O/U run in head-to-head meetings, it's likely only a matter of time before that changes. Hopefully that comes to fruition tonight. 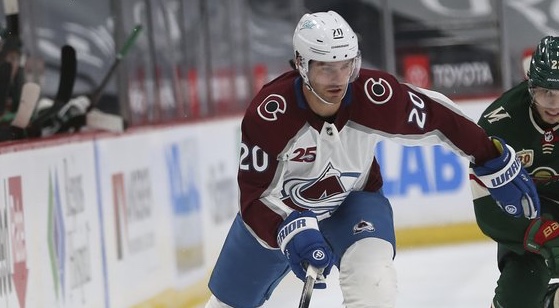 Colorado has won the second period in six of its last eight games when playing as underdogs after a road loss. (AP)

The Avs lost to St. Louis 1-4 in their most recent game, on a current two-game losing streak. Vegas is on a nine-game winning streak. beating Anaheim 5-1 in its last game.