It's not the side that interests me here, as this is another one of those games that we've seen across the league in the past week or so that has two teams battling it out for a playoff position/seeding – Minnesota is just a point behind second place in the West – and defense takes priority.

The East division has seen plenty of 1-0 and 2-1 games of late, and that Montreal/Calgary 2-1 game on Monday probably fits this specific scenario even better. Montreal hasn't secured a playoff spot like the Wild have, and with Minnesota scoring four-plus goals in five straight games does make this play tough to hit “submit” on, but Minnesota's been beating up on Arizona, San Jose, and LA in those last seven games, after losing 3-2 to this Blues team in OT prior to that run. A 3-2 score is what I'm expecting again. 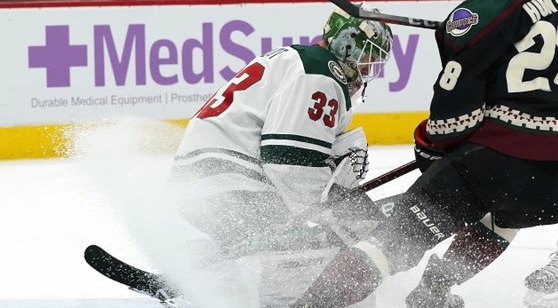 The Minnesota Wild have won 13 straight games inside Excel Energy Center when playing as the favorite. (AP)

St. Louis is currently sitting in fourth place of the West Division table with a 21-19-6 record. Minnesota is the third place team in the West Division standings with a 31-13-3 record. The Wild sit 17 points ahead of St. Louis.

St. Louis is coming off of a 1-4 win over Colorado, the second straight win for the Blues. St. Louis has lost three of its last five games, however. Minnesota beat San Jose 6-3 in its last game, marking the Wild's seventh straight victory.

St. Louis won the last meeting between both teams, and has won four of its last five games against Minnesota. The goal total has gone UNDER in three of the last four meetings.