Vegas has dominated this season series with a 5-1 SU record, and with the Blues winning again last night to build their lead on Arizona for that final playoff spot in the West Division, it feels like it's getting to be that time to call it a day if you're Arizona. The Blues now own a five-point lead for that final spot with two games in hand on the Coyotes.

Even with Arizona's schedule softening after these two with Vegas (two vs LA, two at San Jose), the Coyotes still got to find a way to get something from these games with Vegas and that just hasn't been the case all year.

Don't let the two 1-0 losses in the past three meetings with Vegas persuade you too much, the Coyotes were outshot 29-14 and 27-16 in those games. Vegas should roll again to pad their lead atop the division. 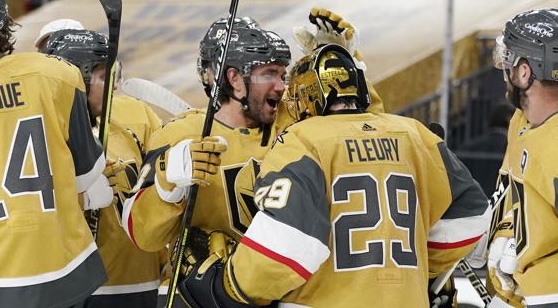 Vegas won its last game 2-5 against the Colorado Avalanche, marking the Golden Knights 10th straight win. Arizona is coming off a 2-4 loss to the San Jose Sharks, the second straight loss for the Coyotes.

Vegas won the last meeting between both clubs, 1-0. Vegas has won two of its last three games against Arizona but the final score of 1-0. Arizona has covered the puck line in three of its last four games when facing Vegas.