The Jets might have lost their chance at hosting their first round playoff series with those two losses to Edmonton earlier in the week, as its now five straight defeats for the Jets as they've been falling fast. There is still nothing to worry about in terms of making the playoffs, but the Jets need a win in the biggest way right now.

Given that all five of Winnipeg's losses during this streak have come to the two teams ahead of them in the division (Toronto, Montreal), I actually believe we are getting the Jets at a very nice discount here. The desperation on Montreal's side to make the playoffs is well known in the market place, and when the first thing people see on the Jets is that five-game losing streak, they become a team very few want. Those are always some of my favorite teams to back. 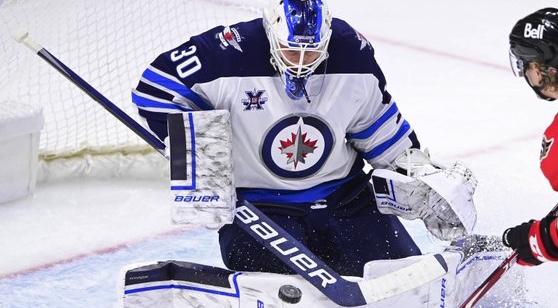 The Winnipeg Jets visit the Montreal Canadiens on Friday night, as the Jets have seen the road team win seven straight games. (AP)

Winnipeg lost its last game 3-1 to Edmonton, as the Jets are now on a current five-game losing streak. Montreal is also coming off a loss, dropping a game to Toronto and losing three of its last four games.