Here we go again with that situation I've discussed a few times in recent weeks with the Sharks off a game where they scored one goal or less. Had a power-play goal not been called back with about 10 minutes left because of offside last night, who knows if the Sharks could have fought back in the game because defensively they did alright.

I doubt that effort repeats itself against a Colorado team that has gotten healthy and shook off the rust last night. San Jose's scored so many goals in this spot in the past that a team total 'over' with the Sharks is also a possibility, but there is no need to be too high on the Sharks side overall. The 'over' still has a great chance to cash if Colorado gives dominant offensive performance from the outset. 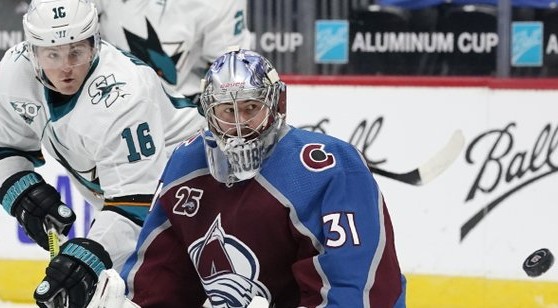 The Colorado Avalanche host the San Jose Sharks on Saturday night inside Ball Arena, where the Avs have won 11 straight games played at night. (AP)