Losing 1-0 in the shootout yesterday afternoon could look like a lazy matinee effort from the Bolts, but they outshot the Wings at a better than 2-1 clip (33-15) and just couldn't find the back of the net. An outright ML price is steep, but the good news is that Tampa's played nine OT games prior to Saturday, and only once did they come in consecutive games.

Getting creative with the regulation line is the route I prefer, but the -1.5 PL is an option if you believe the floodgates will open for Tampa's offense today. It's the only game in the NHL on the schedule today, so all eyes will be on the Cup champs and they aren't in a hurry to look awful.

I'm still not convinced Tampa cares what seed they end up getting for the playoffs, but they are 2-0 SU off an OT loss this year as well, winning both in 60 minutes. 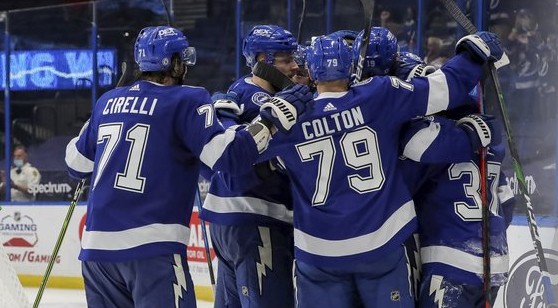 Detroit has won three of the last four games played between both teams, covering the +1.5 puck line in five straight meetings.