Were the playoffs to start today, this would be a first-round matchup with the Leafs starting at home, as it looks as though Montreal's finally got some breathing room between themselves and Calgary for that final playoff berth. Now it's about trying to catch a Winnipeg team they trail by two points to avoid the Leafs altogether.

Both teams have to feel pretty comfortable with where they sit with their point situation now too, and because of the potential for these two to see each other in the playoffs, any defensive wrinkles, or even defensive focus on specific matchups gets tossed by the wayside tonight.

In the seven meetings between these two, the eventual winner has scored at least four goals in five of the games, and we've never had a total below a flat '6' either. All together it lines up as a nice 'over' spot. 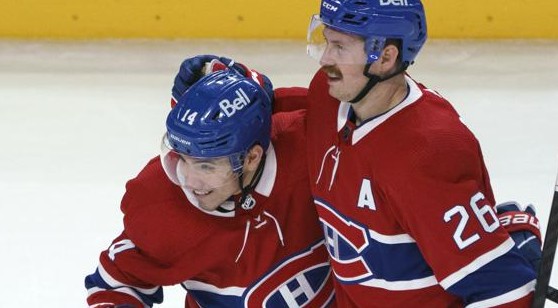 Montreal has seen the underdog win the third period in six of its last nine home games (AP).

Montreal is coming off of a 2-3 win over Ottawa, the second straight win for the Canadiens. Toronto is on a current five-game winning streak after beating Vancouver 1-5.

Toronto won the last meeting 4-1 and has won three of the last four games against Montreal. The goal total has failed to go OVER in four of the last five meetings.