Not sure where the interest comes for the Rangers the way, as from their point of view this has to feel like a year where they grossly underachieved. Some of that was being plunked in this division that wouldn't normally have Boston involved, and it's the Bruins who've blocked New York from becoming part of this playoff picture all year long.

Conversely, Washington's still trying to land anywhere from first to fourth in this division with their remaining schedule. Just from a situational standpoint alone, a near-pick 'em price on the Capitals seems awfully cheap, even with the Rangers owning a 4-2 SU edge in the season series. Can't imagine there is a strong argument to play on this Rangers team the rest of the way really, as it's simply about staying healthy and collecting that game check for them now. 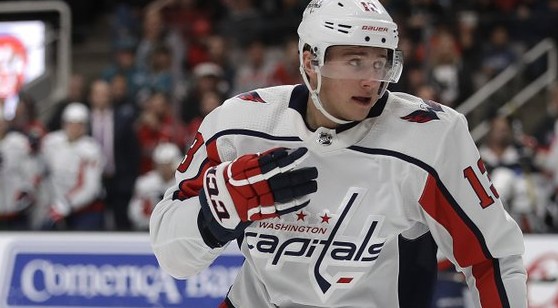 Washington heads to Madison Square Garden to face New York on Monday night, an arena in which the Caps have lost four straight games (AP).

Washington is coming off of a 3-0 loss against Pittsburgh, the second straight loss for the Capitals. New York is also coming off a loss, dropping back-to-back games against the Islanders in which the Rangers didn't score a goal.

New York won the last meeting 5-2 between the two clubs and has won three of the last five matchups. The Rangers have also covered the puck line in five straight games when facing Washington.