The return of Malkin last night to the Penguins lineup appeared to bring a complete disinterest in playing defense for Pittsburgh as well. A rough first period turned into a 3-0 deficit pretty quickly for Pittsburgh, as they saw Washington get the full two points to knot things up atop the division.

The Capitals are the team with a game in hand so it's now or never for the Penguins and it starts with tightening things up defensively. Philly might not be a team that's going anywhere this year, but they've had the better of the Penguins (Philly leads season series 5-2 SU) and Pittsburgh shutting down this team would be a nice stepping stone heading into the playoffs.

Expect both starting netminders to get the nod on the latter half of a back-to-back, something that doesn't hurt either. 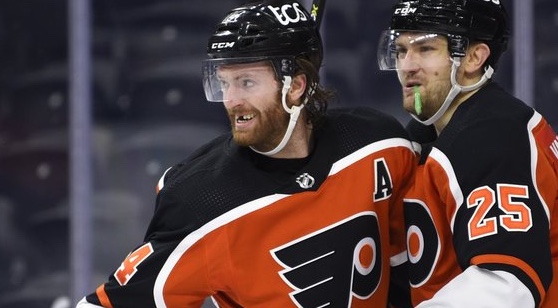 The Philadelphia Flyers have seen the underdogs win the second period in four of their last five games (AP).

Pittsburgh is coming off a bad loss to the Flyers, dropping the game 2-7 and ending a two-game winning streak. The Flyers' 2-7 win over the Penguins was their most recent result, snapping a three-game losing streak.

Philadelphia has won the last two meetings between both clubs, including covering the puck line in three straight. The goal total has gone OVER in four of the last five games between the two teams.