Still have no idea where the energy is going to come from the Rangers as I doubt this team has much interest in playing spoiler for whatever seed Boston would prefer to have.

After the last three meetings between these two have all been 4-0 shutout wins (Boston's won twice), and the season series sitting at 1-6 O/U this year, I do think we get a more freewheeling game than we ever have between these two this year.

That' enough to think the Rangers will do their part to get this one 'over' the total in a game Boston ultimately wins. 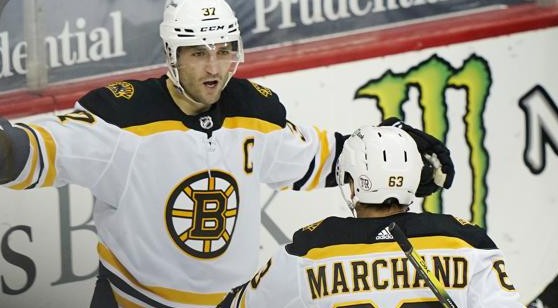 The Boston Bruins host the New York Rangers on Saturday afternoon, playing inside the TD GArden where the Bruins have won seven straight games. (AP)

The Rangers are coming off of a 0-4 loss to the Bruins, marking the fifth straight loss for New York and the third time without a goal in that span. Boston's 0-4 win over New York was its most recent result, as the Bruins have now won five of their last six games.

Boston has won three of the last four meetings, winning with a 4-0 shutout in two of the last three games. The last three results have seen an exact 4-0 result, as the goal total has gone UNDER 5.5 in four straight meetings.