The final week of any season brings different challenges and is always something I go lighter with the unit size on. Who knows where motivation sits for any of these teams now, as it doesn't matter if you've already got a playoff spot clinched or are heading home for the off-season, interest in these games for those teams is going to be next to nothing.

And for the Islanders in their final regular-season game, I don't see where any motivation comes from. To move up from the No. 4 seed in the division, they would need a regulation win here and then hope the Bruins don't get a point against Washington.

The Islanders had identical 2-6 SU records against Pittsburgh and Washington this year, as no matter who they end up with, New York knows they'll be in difficult waters. Easy spot to fade the Islanders as they likely go through the motions. 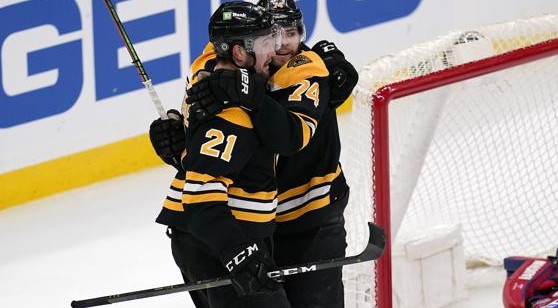 The Boston Bruins have gone UNDER the goal total in seven straight games when facing the Islanders after losing the game prior. (AP)

Boston won the last meeting 3-0 and has won the last two games against New York. The home team has won four of the last five games played between both clubs.