Meaningless regular season finale between two teams that will be starting a playoff series against one another in the first round. If this was a baseball game it would be like expecting every batter to swing at the first pitch just to see how quickly they can get out of dodge.

Resting guys is likely to happen on both sides, but you can't rest everyone, and with it being the Bruins on the back end of a back-to-back, thinking that they are the team that's more aggressive in giving guys the night off plays into backing the Capitals as well tonight.

Boston leads the season series 4-3 SU so getting prices near this pick'em range for those playoff games should be the norm. But when these two teams already know they'll be starting that playoff series on Saturday, and the Caps having the clear rest advantage, I'm comfortable backing them as the home side. 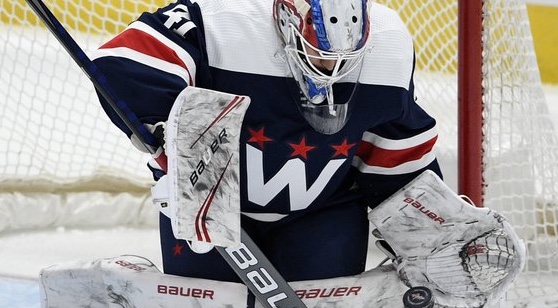 The Washington Capitals have gone OVER the goal total in nine straight home games after winning in overtime the game prior. (AP)

Boston won its last game 2-3 over the Islanders, and has won four of its last six games. Washington is coming off of a 1-2 win over Philadelphia, winning three of its last four games.

Boston won the last meeting 6-3, and has won three of the last four games when facing Washington. The goal total has gone OVER in three straight games played between both teams.