The Ultimate Fighting Championship (UFC) is back this weekend with another stacked Vegas card, headlined by none other than former UFC Middleweight champion Robert ‘The Reaper’ Whittaker. Whittaker faces former Middleweight title challenger Kelvin Gastelum.

Let’s dive into the most intriguing matchups and predict the winner with the knowledge we have. UFC Vegas 24 predictions below.

At 30 years old, Whittaker has already had a hell of a UFC career. Initially starting out in the Welterweight division, a KO loss to Stephen Thompson would be the motivation Whittaker needed to move up in weight, where his career would hit its greatest stride, becoming Middleweight champion in 2017 after beating Yoel Romero for the vacant belt.

Whittaker stands 6’0’’ tall with a reach of 73’’. He is a well-rounded fighter, strong everywhere the fight can go. His most common way of winning is via knockout.

KG joined the UFC back in April of 2013, and won his debut via split-decision. After a lengthy career with ups and downs, Gastelum managed to snap a three-fight losing streak in his last outing, and is now scheduled for a title elimination bout against Whittaker.

Gastelum stands 5’9’’ tall with a reach of 71’’. On the feet is where Kelvin wants to operate, and his preferred method of victory is beating you up till the buzzer goes off, or getting it done inside the distance. He has six knockouts and six decision wins on his pro resume.

While both fighters have strong wins on their records, it’s tough not to call Whittaker the superior fighter in this matchup. As always, Gastelum has a bit of a size disadvantage, and it just seems to always be a factor in his fights. The cardio is in favor of ‘The Reaper’ in this matchup too, as Kelvin usually tends to get tired in the later rounds.

Just go back and watch his season on TUF with Whittaker. In the sprinting challenge, Gastelum was puking his guts out from fatigue after a few laps, while Whittaker was running circles around him.

Besides that, I’ve always believed that Gastelum belongs in the Welterweight division, and that he is too small for the middleweights. Whether or not Gastelum’s weight can be attributed to bad eating habits is only something we can guess at, but it means that he always has a big disadvantage against the true 185 lb fighters, and I believe that Whittaker is one of those.

I want to say that Gastelum’s wrestling can work for him here, but we just never see the guy use it, except for in his last bout. However, Whittaker’s impeccable takedown defense and offensive wrestling might just trump that of Kelvin.

I call it like I see it. This is a knockout or lose situation for Gastelum. He had that one great fight against Adesanya where he hurt the champion multiple times, but you’re only as good as your last one, and let’s not forget who ended up winning that fight in the end.

Whittaker knows how to deal with the power guys, and since he is used to fighting bigger opponents, I think this will be a typical unanimous decision for Bobby Knuckles. 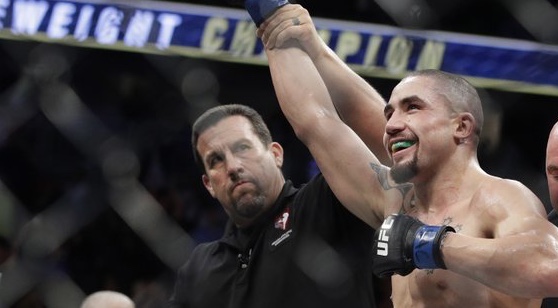 34-year old UFC veteran, Jeremy Stephens, has had a legendary UFC career. With 21 finishes in 28 pro wins, Stephens has one of the highest finish rates in his weight class at 75%.

While the definition of a journeyman is often viewed as something negative, Stephens’ career has been nothing short of spectacular, with wins over the likes of Darren Elkins, Josh Emmett and Rafael Dos Anjos. Journeyman or not, Stephens always shows up to brawl.

While his career has had its ups and downs, a recent run against high competition has put him on a four-fight skid, which he is fighting to break on Saturday night.

While 33-year old Drakkar Klose might not be as well known as his opponent on Saturday, the well-rounded fighter makes up for his lack in fame with his performances in the cage.

Klose joined the Ultimate Fighting Championship in 2017 and has quietly been on a tear in the lightweight division since then, racking up five wins and just two losses in seven bouts.

In his last outing, he came up short against the talented Beneil Dariush, and he is looking to get back in the win column in a big way.

While age might not seem like an x-factor in this fight, I think it will be. Will only being one year younger than Stephens, Klose has taken a lot less damage in his professional career, and has only suffered one KO loss historically.

Stephens is a brawler by nature, and his hands are his go-to weapons to get the job done. While always fan-friendly to watch, in the year 2021 the UFC has evolved tremendously. There was a time when Stephens was knocking out the likes of Rafael Dos Anjos and Cole Miller, but that was back when the UFC was producing double-digit cards.

Klose has the grappling to make this a long fight for Stephens, and I’m not sure the veteran knows how to deal with the well-rounded toolbox of a guy like Klose. I hate to pick against a veteran like Jeremy, but his one-dimensional approach to fighting gives me no choice.