A huge Big Ten basketball game sees the Purdue Boilermakers hit the road to face the Indiana Hoosiers at the Simon Skjodt Assembly Hall. Tip is set for 7 p.m. (ET) for what seems to be a potential bubble game in regards to the NCAA March Madness Tournament. 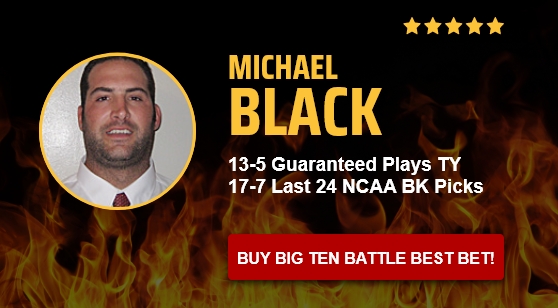 Indiana is the home favorite, given a -4-point spread. The Hoosiers are 9-4 on the ATS this season, while Purdue has failed to cover nine of its last 13 games.

The point total is set at 130.5, which is a tough wager to consider. This is mainly because the schools are a combined 14-14 on the O/U this season, with almost no trends to go off of.

The Boilermakers always seem to be in this position, a record at or just above .500 but with the talent to reach the Sweet 16. It begins with Trevion Williams , the heart and soul of this Purdue team with a near double-double average.

Sasha Stefanovic is another upperclassman leader the Boilermakers can lean on, but the name that needs to step up if Purdue wants to go far is Eric Hunter. He has scored nine points or less (including a goose egg) in three straight games, including four of his last five.

Purdue's strength is passing the ball, then finding the open man for three. Hunter attempts 4.6 three-pointers per game which is the second most for Purdue. He only makes 1.3 per game though, so his shooting from distance will need to improve otherwise its all on Williams to carry the load - which he proved he can against Michigan State (had 26 of team's 55 points).

One name is all that matters for Indiana, Trayce-Jackson Davis. If not for Luka Garza destroying statistics, Davis would be one of the favorites to win the Wooden Award. He averages 20.1 points per game to go along with just under 10 boards.

Armaan Franklin, Race Thompson and Aljami Durham are also great contributors for this team. The truth is, much like Williams and Purdue, Indiana is going as far as Davis takes them.

This is very much a heavyweight bout in the Big Ten, with Davis taking on Williams in a battle to see who can carry their team to the top. What's great about this fight, is that both players are spectacular on defense.

Davis averages 1.9 blocks per game, and is the main reason Indiana averages five per game which ranks 18th nationally. Also, both he and Thompson are terrific rebounders and the catalysts of Indiana's 27.5 defensive boards per game (ranks 89th in the nation).

One thing that Indiana has a big advantage of entering this game is the free throw realm. The Hoosiers are at home and will probably get more calls, but they attempt 21.2 shots from the charity stripe per game. That total ranks 91st in the nation, but they only convert on 67% of them which ranks 242nd.

The slight edge goes to Indiana at home if they can earn more free shots than Purdue - but more importantly convert on them.

Indiana has gone into overtime three times this season, four if you included the double-overtime game against Wisconsin. Expect a close game and with the low point total a shot in the dark on the 14-14 O/U trend says go OVER here. If this game goes into overtime then it should clear the low total given.

Purdue has seen a low point total over its last two games, but neither team has to touch 70 for the OVER to hit either. Moving on to a much better market to wager on, the spread. Indiana should clear a low -4-point spread, but this feels like a game to wager on Indiana SU for better value.

Taking the spread and then live betting Indiana SU for better value seems to be the best play here. Indiana should win the game, but the spread could go anywhere from one point to 15 points with the Hoosiers at home. Expect Davis to take the game over at some point and win this for Indiana.

Taking the -4-point spread is just a way to take Indiana in case they take off early and never look back. That seems unlikely though, so if you're brave enough to wait then be patient and consider a better SU value for Indiana.

This is the first game this season I would almost recommend not betting because its so split, but when push comes to shove I'll put my money on Trayce-Jackson Davis more times than not - especially at home.