Tip for this bubble game is set for 7 p.m. (ET) and will air on ESPN2 from the FedEx Forum.

WHERE TO BET WICHITA STATE-MEMPHIS 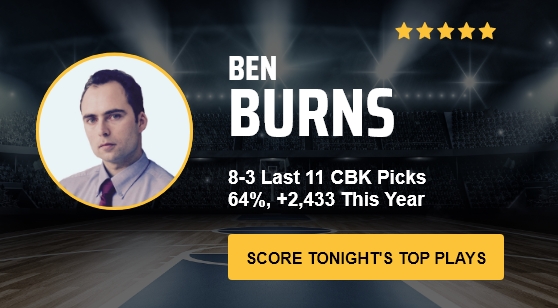 The point total is set at 141.5, something Memphis tends to go UNDER on. Memphis has gone UNDER in nine of 11 games this season, as Penny Hardaway has instilled one of the better defenses nationally with the Tigers. Wichita State is 5-4 on the O/U this season.

Head coach Isaac Brown has done a stellar job since filling in as the new head coach, in impromptu fashion as well. Wichita State has covered six games this season, winning eight of 11 SU. They're winners of seven of their last eight games, with the only loss being a seven-point defeat in Houston.

Wichita State is still a candidate for being a sleeper team this season. The three losses are all quality, with somewhat impressive wins over schools like Tulsa (twice), Ole Miss and USF in overtime. The Shockers beat teams they're supposed to, and seem to cover (or come close) when facing schools more talented than them.

Tyson Etienne is the life force of this team, the only Shocker averaging a double-digit point total. He attempts 7.6 three-pointers per game, making about three per game. He is the only Shocker to average a double-digit total in field goal attempts as well, so this could be a disaster if Memphis shuts him down or a coming out party to showcase how underrated this kid might be.

Wichita State can win this game if they win the glass game, which will be tough against a defensively talented Memphis team. It's possible though, as the Shockers have many players contribute to the country's 27th-best rebounding team. Seven players average 3.3 rebounds per game or more, with Trey Wade and Ricky Council IV leading the way.

Memphis seems to be underachieving a lot lately, although the NCAA forced their best player out last year. It's hard to gauge the issue with Memphis, having the seventh-best defensive rating nationally to go along with the 43rd-fewest points allowed per game.

Memphis averages 70.7 points per game, which ranks 211th nationally. They also hold an offensive efficiency rating of 96, which ranks 270th out of 347 schools.

Despite this, Landers Nolley still averages 13.3 points per game (leads the team) while D.J. Jeffries and Lester Quinones average a double-digit point total as well.

All four player are sophomores, as the Tigers are very young still. This might be another issue when looking at the losses from the Tigers this season, losing mostly close games to good schools. Memphis has lost by three points or less in two of its last three losses, one being Auburn and the other Tulsa - both away from home.

The schedule lightens up for Memphis after his home game, but the Tigers are running out of time to correct their issues. It begins with scoring more points, but ultimately being able to close out tight games against good teams. That usually doesn't favor youth, but playing at home against a good Wichita State team seems like as good of a test as any for Hardaway's young team.

Inside the Stats – Wichita State Shockers

Inside the Stats – Memphis Tigers

It's hard to go against the odds here, which favor Wichita State covering and the game total going UNDER. Memphis' defense is no joke, and the Shockers aren't exactly an offensive juggernaut. Expect the Memphis defense and lack of offense to dictate the point total for this game, especially at home.

Take the generous 141.5 point total and Memphis' 2-9 O/U this season, along with their bad offense and great defense, and take the UNDER. The low point spread makes Wichita State a more difficult bet than originally thought, but then looking at Memphis' 2-9 ATS it seems playing the odds is the best way to approach wagering this game.

The UNDER is the better bet of the two, however.

Sign up to get daily betting columns and advice delivered directly to your inbox.
We may be compensated by the company links provided on this page. Read more