The No. 3 Villanova Wildcats and the Seton Hall Pirates close out their Big East season series this Saturday afternoon at the Prudential Center. Game time on FOX is set for 3 p.m. (ET).

WHERE TO BET VILLANOVA-SETON HALL

The Wildcats go on the road as four-point favorites with the opening line for betting the game’s total set at 142.5 points.

Villanova won the first meeting by just two points on Jan.19 closing as a nine-point home favorite. Last Saturday’s 15-point win against Providence was its eighth straight-up victory in a row.

The cover as an -11.5-point home favorite raised its record to 6-2 record against the spread. The total has gone OVER in four of the last five games. The Wildcats have won three of the last four meetings SU but they fall to 2-5 ATS in their last seven games against the Pirates.

Villanova has also won its last eight road games SU overall with a 7-1 mark ATS. The total has stayed UNDER in five of those eight outings.

Wednesday’s four-point loss to Creighton as two-point home underdogs dropped the Pirates to 1-3 SU (2-2 ATS) over their last four contests. They are 6-4 (SU and ATS) in Big East play this season.

The total has gone OVER in their last two games. Seton Hall is 2-4 SU and 4-2 ATS in its last six home games against Villanova. 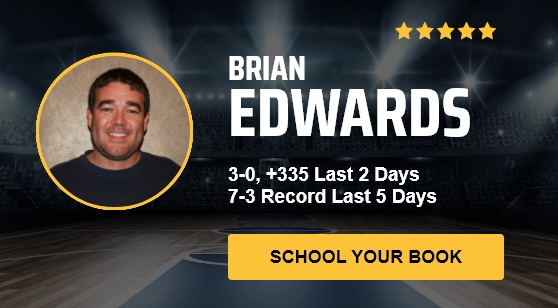 With Thursday’s game against Connecticut postponed, the Wildcats come in well rested since the win over Providence last Saturday. Guards’ Collin Gillespie and Justin Moore each scored 15 points to help pace that victory.

Gillespie is the Wildcats’ leading scorer this season with 15.9 points per game while shooting 44.6% from three-point range. Forward Jeremiah Robinson-Earl is next with 14.8 points along with a team-high 7.1 rebounds.

Defensively, the Wildcats are holding opposing teams to 66.7 PPG. They have only allowed more than 70 points once over their previous eight contests. That happened to be against Seton Hall (74 points).

Other than a lopsided 27-point road loss to the Creighton Bluejays, the Pirates’ other three conference losses have been by a combined nine points. Although, they did blow a 16-point second-half lead in Wednesday’s rematch at home against the Bluejays.

Sandro Mamukelashvili continues to lead the way in both points (17.9) and rebounds (6.9). The senior forward scored 23 points with nine rebounds in the first game against Villanova.

Guard Jared Rhoden is second in points with 15.6 a game and guard Shavar Reynolds (7.8 points) leads the team in assists with 4.6.

The Pirates are averaging 75.3 PPG and shooting 46.6% from the field. That number drops to 33.7% from three-point range.

They are pulling down a total of 34.9 rebounds while giving up 72.2 points a game on defense.

Inside the Stats – Villanova Wildcats

The last three games between these conference rivals at Seton Hall have been decided by a combined seven points. After surviving a close call at home in the first meeting, the Wildcats are going to have to work hard for the season sweep.

With that in mind, this sets up a perfect opportunity to take the points and bet on the home underdog.

I still look for Villanova to set the pace in this game. Defense should dictate that pace with the combined score staying lower than suggested according to current betting line for the total.