A huge Big 12 matchup sees the Baylor Bears take on the West Virginia Mountaineers. Tip is set for an early 5 p.m. (ET) and will air on ESPN. 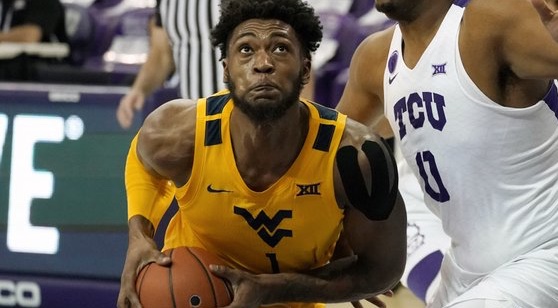 Baylor is looking to get back on track, none too impressive against Iowa State and then losing to Kansas on the road. In fairness to Baylor, they were due to lose and playing against a team that was 45-2 over its last 47 games when playing at home at night. Things aren't easier against West Virginia though, as Jared Butler will have to score more than five points this time.

He was held in check against Kansas, shooting 14.3% from three-point range while accumulating as many personal fouls as he had points. It's obvious to say that he needs to be much better for Baylor to win this game.

Baylor's defense was actually decent against Kansas, only allowing 71 and average about 64 points allowed per game as a team. Typically, 71 points allowed is enough for Baylor's offense to win the game - averaging 85 per game which ranks fourth nationally.

West Virginia is on a roll right now, winning three straight games and six of its last seven. The only loss suffered by West Virginia was a double-overtime shootout to Oklahoma, dropping the game by one point in Norman, Oklahoma. Miles McBride and Derek Culver get all the credit, as they should.

However, players such as Taz Sherman and Sean McNeil are beginning to produce at a consistent pace as well. West Virginia thrives in the post though, as Culver wins most big men battles down low.

Its easy to fade Baylor here, not looking good against Iowa State while failing to score 60 points against Kansas. The Bears are still the better roster overall, and have a more reliable ATS to back then West Virginia does (13-6 to 13-10).

Baylor should be able to cover -3 (or PUSH at the minimum), but the point total has more conviction. West Virginia has seen at least one team score 82 points or more in six of its last nine games.

WHERE TO BET BAYLOR-WEST VIRGINIA