The Wisconsin Badgers (16-9, 10-8 Big Ten) travel to meet the Purdue Boilermakers (16-8, 11-6) at Mackey Arena in West Lafayette, Ind. on Tuesday in a battle between teams in the middle of the pack in the Big Ten Conference. You can catch the game on ESPN2.

Wisconsin suffered a 74-69 loss at home against Illinois on Saturday, its third loss in the past four outings while also going 1-3 ATS during the span. The Badgers have had a very difficult time lately, especially at home. Perhaps a trip to Mackey Arena will be good for them, as they are 4-1 SU/ATS across their past five games on the road.

Purdue heads into this one as a slight favorite over Wisconsin, and they're coming off a 73-52 massacre of Penn State in State College on Friday. The Boilermakers are looking for a fourth consecutive victory, which would tie a season high. They have also covered three in a row, bested only by a 4-0 ATS run from Jan. 8-19. 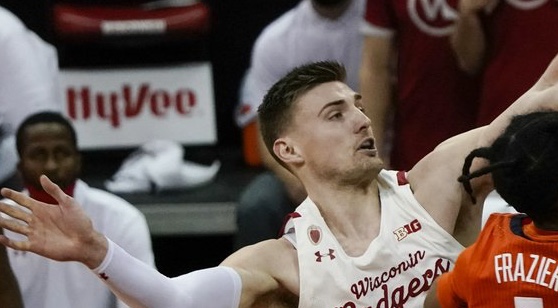 The Badgers are clinging to a spot in the Top 25 rankings, and they should be a shoe-in for the NCAA Tournament despite their recent downturn, but the Badgers would like to build a little momentum heading into the conference tourney and beyond.

If the season were to end today, the Badgers have no mathematical chance at the double-bye in the conference tournament. However, they'd likely not want to fall below sixth place or risk a potential quick exit. The way they're playing right now, no win is a certainty.

The UNDER has also gone 5-1-1 ATS in the past seven games overall, while going 8-0 ATS following a non-cover. The UNDER is also 23-9-1 across the past 33 road outings.

The Boilermakers currently sit in the fourth spot in the standings, a half-game back of Iowa for third, and they're tied with Ohio State with two games in hand, including one in the loss column. This is an important game for Purdue, who would like to get one of those top four seeds.

Purdue has been tough on its home floor, winning 10 of 11 games overall. Their only loss at Mackey came against the visiting Michigan Wolverines, 70-53 as five-point underdogs.

It's been all about the UNDER lately, hitting in two in a row, three of the past four and six of the past nine. The Boilermakers haven't had back-to-back OVER results since Jan. 14-17. Conversely, they haven't havd three straight UNDER results.