A massive Mountain West game sees the Colorado State Rams take on the Nevada Wolf Pack. Tip for this conference clash is set for 9 p.m. (ET) and will air from the Lawlor Events Center in Reno, Nevada.

The Colorado State Rams open as road favorites, given a -1-point spread. Colorado State has covered the spread in 11 of its last 19 games, while Nevada has an exceptional 16-6 ATS record this season. 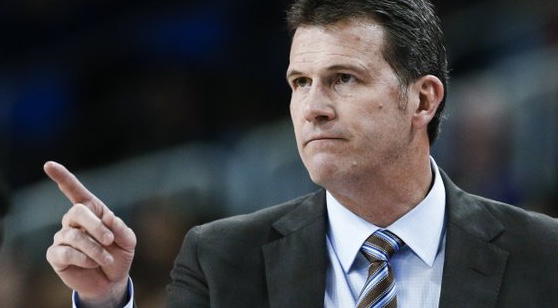 The Nevada Wolf Pack have covered the spread in 16 of their last 22 games, entering their home game against Colorado State as underdogs. (AP)

The Rams continue to be one of the better kept secrets in college basketball. They have a guard that plays as a big man in David Roddy, while also featuring one of the best guards nationally in Isaiah Stevens. The lack of respect Stevens gets on a national scale is quite flabbergasting, averaging about 15 points to go along with five rebounds and six assists per game.

The Rams have won five straight games, including 11 of their last 13 overall. They have failed to see their opponent touch 60 points in three of their last four games, and have excellent team stats you look for in a March Madness contender. The Rams average 15.3 assists per game (ranks 60th in nation), along with the 15th-highest free-throw percentage nationally at 78.4%.

For as good as Colorado State is, Nevada is tough to beat in Reno. The Wolf Pack thrive in Lawlor Events, winning 10 of their last 12 games there this season. Also, the Wolf Pack are a very good second half team. Should this scare Colorado State bettors? Maybe.

This is the last game of the season for both schools (not counting the conference tournament), so expect Nevada to leave it all on the line. There are no seniors that contribute heavily for Nevada, so the 'Senior Night' vibe shouldn't be too much of a factor in this one. Desmond Cambridge is only one of three upperclassmen on the roster, averaging 15.5 points per game.

Grant Sherfield typically dictates the success for Nevada, the team's leading scorer and facilitator. The Wolf Pack are atrocious on the offensive glass, ranking 305th nationally with 7.8 per game. However, they are excellent on the defensive glass with 27.8 per game that ranks 41st in the nation.

Warren Washington and Zane Meeks are the leading rebounders for Nevada, so look for those two to have big games if Colorado State is missing most of their shots. Nevada has lost two straight games, but have won six straight at home.

Inside the Stats – Colorado State Rams

Inside the Stats – Nevada Wolf Pack

Colorado State is the better team overall here, but Nevada at home doesn't make this a lock by any means. I will always advocate Nevada winning the second half as a good bet, because more times than not they do. So feel free to take that, as Nevada has won the second half in six straight home games.

This is a difficult game to bet for either market, both schools covering well while the point total can go in either direction. For the sake of Nevada playing its final home game of the season, and both teams desperate for a win, lean on the point total going OVER here. If picking a winner, Colorado State is the better roster but the Nevada second half trend is too consistent to ignore.

WHERE TO BET COLORADO STATE-NEVADA