Hawaii made one of the most underrated hires of the offseason when they brought in Todd Graham to replace Nick Rolovich.

Graham has long been one of the best under the radar coaches in college football, amassing a 95-61 record at four difference schools before coming to the islands.

He won his debut and now he will take the Rainbow Warriors on the road to face the Wyoming Cowboys this Friday night.

Graham has long been one of the best offensive minds in college football, so it shouldn’t have been a surprise to see the Rainbow Warriors rack up 552 total yards of offense against Fresno State in a 34-19 victory in the season opener.

His former quarterback at Tulsa, G.J. Kinne, is his offensive coordinator, and he appears to be the next in a long line of quality assistants under Graham. In 12 seasons as a head coach, Graham’s worst record was 5-7, and he continue to build on what Rolovich left behind in Hawaii.

Wyoming suffered a heartbreaking 37-34 overtime loss to Nevada in its season opener The Cowboys were down 28-13 entering the fourth quarter, but they rallied back to tie the game and force overtime thanks to a John Hoyland 42-yard field goal with just 23 seconds remaining. Hoyland banged home a field goal in the extra frame, but the Wolfpack scored a touchdown on the next possession to end it.

There has been a decent amount of line movement in this game already. Hawaii was initially a 2.5-point favorite on Sunday afternoon, but the odds have moved in favor of Wyoming over the course of the week. The total has moved up from 56.5 too, peaking at 61 before bettors started buying back.

Hawaii was a pass happy team under Rolovich, throwing for more than 5,000 yards in 2019, but Graham has showcased a desire to run the ball. The Rainbow Warriors ran 53 times for 323 yards and four touchdowns last week, and Chevan Cordeiro proved he is a true dual-threat quarterback.

Cordeiro completed 20 of 31 passes for 229 yards, but he was much more effective on the ground. He ran 13 times for 116 yards and two scores, showcasing wheels we didn’t see often in 2019. As a freshman he didn’t see much action behind Cole McDonald, yet it’s clear that Graham will unleash him more as a runner.

Miles Reed averaged 5.2 YPC and nearly ran for over 1,000 yards last season, and he got off to a good start last week. Reed carried the ball 21 times for 109 yards, but he isn’t a real receiving threat out of the backfield despite his size. Calvin Turner is used more in that regard, and Turner had 10 touches for 83 yards and two scores last week.

The Rainbow Warriors had four different receivers with at least 65 receptions and 900 receiving yards in 2019, but the only one that returned to the team in 2020 is Jared Smart. Smart led Hawaii with seven receptions for 89 yards last week, and it looks like Rico Bussey Jr. will be the second option from what we saw against Fresno State.

As always, this defense is likely going to be an issue for Hawaii throughout the season. The Rainbow Warriors are ranked 109th in defensive SP+, and they brought in a complete unknown to be their defensive coordinator in Victor St. Cruz. St. Cruz has spent the last two decades with Division II Azusa Pacific, and that’s a pretty big jump. Hawaii has some experience in the secondary, but the defensive line doesn’t have a lot of seasoning and could be a constant concern. 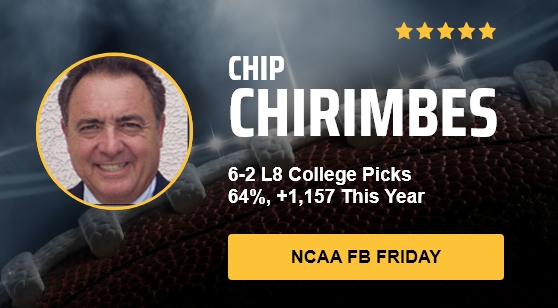 Starting quarterback Sean Chambers broke his leg on Wyoming’s third play from scrimmage in the season opener, and he is now lost for the year. That’s a tremendous blow to this offense as Chambers had the most potential of all the signal callers. It’s an awful situation for Chambers too, as this is his third major injury in as many years.

That leaves the depth at quarterback dangerously thin after Tyler Vander Waal entered the transfer portal in the offseason, leaving redshirt freshman Levi Williams to lead Wyoming. Williams saw some action last year, completing 19 of 39 passes for 343 yards with three touchdowns and two interceptions, and he had some accuracy issues in his debut. Williams was 16-31 for 227 yards with a touchdown and an interception against Nevada.

Craig Bohl has relied on his ground game for a long time, so he will turn to Xazavian Valladay to carry even more of the load. Valladay had a big year in 2019, running for 1,265 yards and averaging 5.1 YPC. He had 22 carries for 87 yards in the season opener, and he might average over 25 carries per game this season as Bohl loves to lean on one back. Valladay had seven receptions for 44 yards last week too, and only two other players caught multiple passes for the Cowboys.

This offense ranks 116th in offensive SP+, putting a lot of pressure on the defense to keep games close. Wyoming figured to have one of the top defenses in the Mountain West, but Solomon Byrd, Rome Weber, and Mario Mora decided to opt out late and Garrett Crall is dealing with a foot injury. That has really strained the defensive line, and the secondary might be a disaster. This was seen as the strength of the defense, but Wyoming allowed Nevada to throw for 420 yards and four touchdowns last week.

These teams used to play every year in the WAC, but they didn’t play for 16 years after Wyoming joined the Mountain West.

Since Hawaii joined the conference, these teams have met four times, and all four of those games have been decided by ten points or less. Their first meeting as cross-division foes was a barnburner, ending in a 59-56 win for Wyoming, but each subsequent game has seen less points.

Hawaii and Wyoming have alternated wins and losses recently, so the Cowboys are due for a win if that trend holds.

The Rainbow Warriors gritted out a 17-13 victory in their last meeting back on October 6, 2018. Neither team was able to move the ball well, but a Cordeiro touchdown pass to JoJo Ward with 1:26 left in the fourth quarter proved to be the decisive score. Nico Evans had a great day in the loss for Wyoming, running 24 times for 192 yards.

-- Wyoming is 5-2 ATS in its last seven home games