Kansas State versus Stanford might be one of the best matchups we're going to get on the first real Saturday of college football this year. If you read my season preview for Kansas State, you know this is a team I'm a fan of. Kansas State is the kind of team nobody wants to play. They're gritty and play incredibly hard every single week.

Both of these teams will be focused on establishing the ground game early, and you can expect a lot of running from multiple positions. Neither team finished how they had hoped last season, Kansas State started 4-1 but ended up losing five straight leading to an unfortunate 4-6 season. Stanford is coming off an impressive 4-2 season in the Pac-12, with impressive wins over UCLA and Washington.

Skylar Thompson, Kansas State’s quarterback, will be returning for his super-senior season this year. With 30 career starts already, he brings experience and leadership to an already veteran-heavy team. His career 30:12 touchdown-to-interception ratio is impressive along with the 1,358 rushing yards and 22 rushing touchdowns. Deuce Vaughn, the starting running back, is another player with a lot of eyes watching him going into this game. He very well could be the most dynamic player on the field Saturday afternoon.

Starting quarterback is a bit of a sensitive subject, as senior Jack West and sophomore Tanner McKee have been fighting for the job all summer and it seems we will see both of them this Saturday. While both quarterbacks' performance will be important it seems the star’s of the show will be running backs Austin Jones and Nathaniel Peat on the ground. I think Kansas State does have the advantage, as the betting favorite indicates, but it should be an exciting battle. 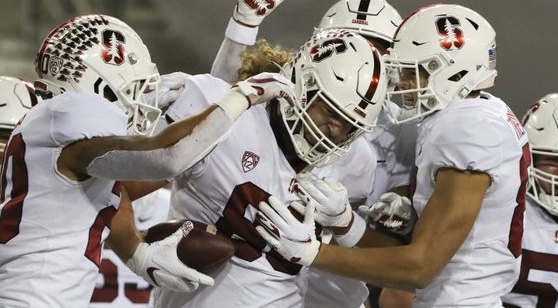 Stanford has gone UNDER the point total in seven of its last eight games when facing a non-AP-ranked school during the daytime in September. (AP)

The best line currently on the market is -2.5 for Kansas State at FanDuel Sportsbook. This gives you the victory if Kansas State wins by a field goal as opposed to a push on the majority of sportsbooks. Kansas State and Stanford will be looking to do a lot of the same things but overall the K-State running game will be the factor that leads them to victory on Saturday. This is one of those games that will surely come down to the wire, that's why i'll be playing the -2.5 along with a money line parlay with California (which you can read about in the California vs Nevada game preview).