All eyes on the quarterback position Saturday night at the Coliseum, but it won’t be that lasting gaze at Kedon Slovis, rather whoever the Cardinal choose to start. The unknown variance at the QB spot for Stanford is the game changer that brings this game from blowout to a Cardinal cover.

While Stanford suffered a crushing defeat to K-State last week where their offense was shutout for three quarters, their lone moment of brightness came at the hands of Tanner McKee. If he starts and doesn’t split reps, that’s enough consistency to avoid major mistakes against the Trojans. Slovis wasn’t blowing anyone away with his lackluster performance against San Jose State, really needing a big 4 th quarter to pull away.

If you just look at the results from last week you may think it’s an easy USC cover, but the money is always in the details. Stanford’s defense played well against Kansas State, limiting them to just 14 points through three quarters. They pressured Skylar Thompson and should be able to get to Slovis come Saturday night. Their offense clicked when they went younger at QB.

Meanwhile USC needed a breakout 4th quarter to overcome a sluggish start. No reason to expect the Trojans come out firing against a better defense, which keeps Stanford in this game. The biggest change – and ultimately negative for the Cardinal – is not having that ground and pound identity anymore. Stanford has struggled to own the ground like in prior years, so USC has a nice angle in keeping Stanford one-dimensional. McKee may salivate at that notion, however, as he’s taking on a Trojans defense that gave up over 300 yards in the air last week – to Nick Starkel.

The total isn’t high by any means at 51.5 but worth noting USC has gone under in six of their last seven games. This isn’t a matter of IF USC wins, but how true to the under they play it. Both teams are coming off Under winners last week, with USC covering the spread against SJS. USC is just 4-3 ATS over their last 7, marginally better than Stanford going 3-4. 17.5 is big, but not big enough for Stanford to cover. 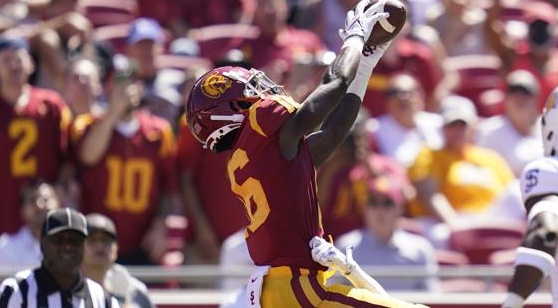