After another great WGC match play event that saw Billy Horschel (70/1) outlast everyone else in the field, the PGA Tour is back to stroke play this week for the Texas Open, one week before the first Major of the season.

A pre-Major tournament is always going to have a relative weaker field on the whole as guys would prefer to peak for the “big one” the following week, and we've already seen Dustin Johnson withdraw from this week's Texas Open to get some time off to prepare for his Masters title defense (and also plan his champion's dinner menu).

Weaker overall fields can bring unique opportunities down the betting board though as the gap between the top players in the field and the rest of the pack isn't nearly as large in those cases, and that's precisely what we've got for the Texas Open this week.

Case in point, over the past seven years in the PGA event the week before the Masters we've had winners that include Carlos Ortiz, Corey Conners, Ian Poulter, Russell Henley, Jim Herman, JB Holmes, and Matt Jones, so stretching out one's range this week in interested parties may not be the worst option for golf bettors everywhere.

Thankfully it was a name in a similar class of player in Brian Harman who saved last week's card for the match play event by getting out of his group, and hopefully we can have a much better showing this week.

Let's get to the breakdown:

Conners used a great week in the approach game to claim this trophy back in 2019, as TPC San Antonio is a course where the approach game means a little bit more with so many runoffs and catch areas around the greens that can turn a drive in the middle of the fairway into a bogey in a hurry.

As with many other Texas-based events, wind could be a big factor this week, but if it's not a huge concern, bettors should expect the guys playing the best in this field to go quite low.

It's a course that's known for relatively slow green speeds which is why many of the big names pass on this event pre-Masters to avoid complicating their putting stroke for the challenge Augusta's speedy greens bring every year, so even some of the guys who tend to struggle with the flat stick but are great in the approach game can make a lot of sense to back this week.

Conners won by two strokes with a -20 score, and back in 2018, Andrew Landry took this tournament down by the same margin with a winning score of -17. Both of those names were better than +15000 in the pre-tournament markets, so for those that don't mind taking out a few flyers on guys down the board shouldn't be so hesitant in firing away. 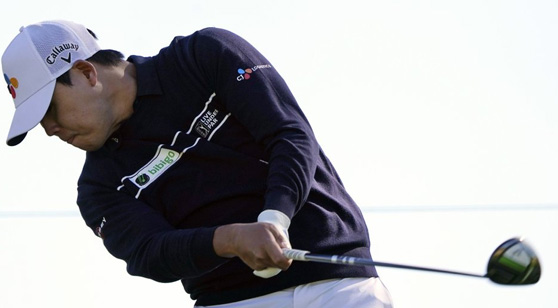 Si Woo Kim has a win under his belt in 2021 and he's got generous odds attached to his tickets to win the event this weekend. (AP)