The PGA Tour heads to El Camaleon GB at the Mayakoba Resort in Playa del Carmen, Mexico for the
2021 World Wide Technology Championship.

This event has gone from a rather backwaters, non-eventful stop on the Tour, to one which many of the
majors names are not attending on a regular basis. This weekend’s particular field is stacked with studs,
including Abraham Ancer, Rickie Fowler, Sergio Garcia, Brooks Koepka and Patrick Reed, among others.

Like the Bermuda Championship last week, this course setup is not particularly lengthy. The course is a
Par 71 setup at 6,987 yards with paspalum greens, unlike the TifEagle-Bermuda putting surfaces from
last weekend.

There are some key factors to focus upon heading to Mayakoba, but bettors will really want to focus on
Greens In Regulation (GIR) Percentage.

Russell Henley is ranked No. 1 in GIR, but he has just eight rounds under his belt this season.
Nevertheless, he has hit 121 of a possible 144 fairways in the 2021-22 PGA Tour season. Gary Woodland
is also in the mix, and he is second, albeit with just six rounds to date. A better indicator might be
looking to those stats from the 2020-21 season.

But it’s not only all about GIR. That would be too easy. Driving Accuracy Percentage is also very
important. Henley has hit 86 of a possible 112 fairways so far, so his accuracy off the tee has been
fabulous. Looking back to last season, a much bigger sample size, shows Ancer at 71.05 percent. J.J.
Spaun has managed a 68.99 percentage off the tee, and Doug Ghim was also strong at 68.55. Matt
Fitzpatrick is also a name to remember, as he hit 68.37 percent of his fairways in 69 rounds last season. 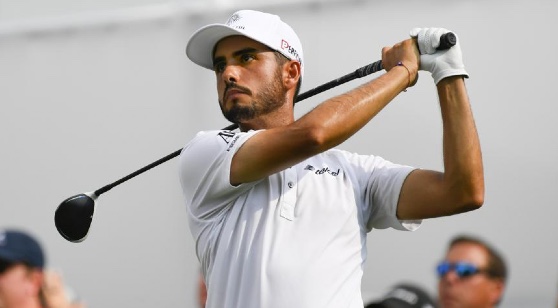 There are three golfers in particular who are considered strong favorites to win this event, including
Justin Thomas (+1200), Ancer (+1600) and Viktor Hovland (+1600). Some of the golfers mentioned
above, like Koepka (+3000) and Reed (+3000), offer some tremendous value.

I really like Ancer (+1600) to win here. He is the safe bet, and what a party it would be in the Mexican-
born golfer, No. 14 in the OWGR, would make his way to the top of the leaderboard come Sunday.
Again, he was strong off the tee last season, and he has a good read on the paspalum greens which will
get others into trouble down on the Yucatan Peninsula.

Fitzpatrick (+300) is a strong value play due to his tremendous work off the tee, and he had a solid
scoring average of 45 th last season. He also ranked 15 th last season in Strokes Gained: Off-the-Tee, and
that will serve him well. He is a good bet for a Top 10 finish. He is just so-so on the putting surface, so
that’s the biggest concern.

Grillo (+500) is also an accurate and safe play due to his work off the tee. You don’t necessarily have to
be a banger at El Camaleon, and quality over quantity from the tee box is just as important.

Ancer (-135) isn’t a bad small-unit play to win, but he is still a good value for a Top 20 play. If you want a
little insurance, and like to play it safe. He is an attractive bet.

Fitzpatrick (+500) is the best play among the GB & Ireland plays, and I really like Garcia (+550) to end up
as the Top Continental European player.

Who Is Money For The Memorial?