It's the last regular season event of the PGA Tour season, meaning those that need to scramble for those extra FedEx Cup points this year do have another handicapping angle to at least be aware of.

I prefer to let the leaderboard sort itself out a bit coming into the weekend to see how many guys it could be serious motivation for rather than trying to guess right on that sort of stuff entering the week.

A big week worth plenty of points is still great for those guys at the top of the FedEx Cup standings as well as every point helps them get to the Tour Championship, and this is a course where almost anyone can go low. Sedgefield Country Club is another shorter Par 70 course that allows the best players in the world to see who can go the lowest for four days; the last four winners have all hit -21 or better.

And with FedEx points being the greatest motivator for basically everyone in the field regardless of reason (easier to get to Tour Championship or just trying to keep a card), why not let guys see who can consistently go low here.

Another week of a Par 70 course where it's all about giving one's self as many birdie opportunities as possible. Whether the shorter hitters are using 8-9 irons to attack these greens against the wedges for most, it better be one of the favorite clubs in the bag because if you aren't making a birdie every few holes, somebody is passing you this week.

Sticking with some of the better putters that may have more visible FedEx Cup points motivations is never going to hurt when most of the field is going to go low because you've got to believe that the consistency of those putting strokes is more likely to hold up over the course of four days. Louie Oosthuizen (+1600) is one of the favorites for the event this week, entering as the guy who's statistically been the best putter on Tour this season. Nothing wrong with the recent form with him either, even if him coming up short after sitting on weekend leads this year is hard to wipe away from the memory banks.

But imagine if all those recent runner ups (four since Zurich Classic late-April) and his 3rd at The Open Championship came from Sunday charges and not Sunday falters for Louie and the perspective flips to a top of the field guy who's easier to take because he's been close to a win. So there is no shame in sticking with a heavy putting approach this week with Oosthuizen at the top, and the #2 putter – JT Poston (+8000) – being the 2019 Wyndham Champion.

Oosthuizen is one of the favorites, but the honor at the top of the odds board goes to one of last week's selections – Webb Simpson (+1000).

Simpson moved up two spots to 15th this week in SG: Putting after a 64 on Sunday last week vaulted him into a Top 15 finish. His game fits like a glove for Sedgefield being that his strengths are with the irons and on the greens, as nothing but finishes of 3rd or better for Simpson at the Wyndham Championship the past four seasons suggest.

The name between Simpson and Oosthuizen as the only other sub-+2000 guy is last week's runner-up Hideki Matsuyama.

With Reed having withdrawn this week on a workload idea, I'm not sure we can't put Matsuyama in a similar boat this week too.

That would be the hiccup I've got with him as a favorite selection this week, but with the next group of names having Jason Kokrak (+2200), Brian Harman (+2200), Will Zalatoris (+2800) and Sung-Jae Im and Russell Henley (+3000) – Kokrak and Harman being great putters themselves – there are a number of different ways to go this week.

Webb Simpson has been installed as the top betting choice to win this year's Wyndham Championship from Greensboro. (AP)

Contender to Back
2021 Wyndham Championship

I'm already a guy who finds minimal reasons to add Webb Simpson to a weekly card at times, so when he enters as a favorite off four straight Top Three finishes at this event, I think I've got to go back to the well.

Not sure there is great value in playing Top 10 (-110) or 5 (+175) with Simpson as playing off a +1000 ticket over the weekend may be the more preferred option if his course form holds up. For all the reasons that held true for him last week work again this week, and if he can find a bit more consistency in his scoring – Rounds 1 and 3 last week were over Par – he'll probably live up to this price tag and favorite moniker come the weekend. The possibilities to work off of him from there will always see other guys prices be just that touch higher.

That is part of the handicap with Webb this week as he could just go and win this thing outright, but if his name is involved for the most of the week – and history says it likely could be – the ability to take a small flyer or two that's played a strong 36 or 54 holes already against Webb is something you can be more willing to do.

Matthew Wolff is a guy who ranks in the Top 60 in each SG: Putting and Approach, and in the lone time he teed it up at Wyndham (2019), Wolff's irons were on, gaining over a stroke per round on average over the field. He's a guy that can gear down off the tee if necessary to emphasize accuracy, and even though putting can still be an issue for him, he's still far better with the flatstick than he was in 2019.

Sitting inside the Top 60 in FedEx Cup points brings the potential Fedex Cup points angle in play as he tries to grab a chunk this week and make getting to Atlanta much easier. He's got the game to do it here if the putter can get hot enough for long enough, and a 64 in the first round last year was a nice sign to see.

Keep that play up this week in a lesser field on an easier course, and Wolff could be a factor come the weekend. 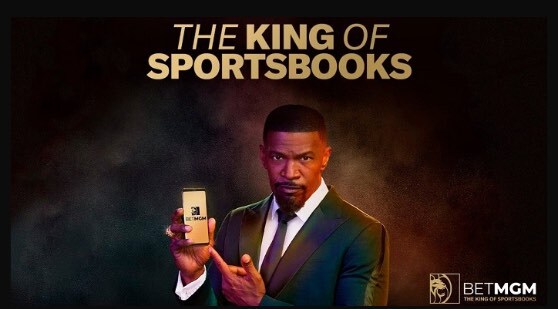 Complete opposite play to the Webb Simpson play, as Chesson Hadley Top 10 (+2800) or any other placement number would be the far better way to go. He's a guy that can definitely go low, but you're going to need one of those ultra-low rounds mixed in with a likely round around par for Hadley just because his long game can be very inconsistent. But there are two things I do hope work in Hadley's favor this week.

The first of those is that he can putt; Hadley ranks 11th in SG: Putting entering the week, and in an event where most will go low regardless, hopefully the better putter on average like Hadley would be in most cases can play well enough elsewhere to really lean on that advantage. Nothing else is all that pretty statistically for Hadley which is what you've got to live with on a guy at these odds, but if the next angle turns out to be a positive, maybe he can ride a hot putter to the winner's circle this week.

Hadley sit 132nd in the FedEx Cup standings, with only the Top 125 getting a tee time next week for the first playoff event. He's a guy that knows first hand what it feels like to lose his Tour card after dealing with that in 2017, and after coughing up the Palmetto Championship earlier this year where a win would have assured him of keeping his card, I think we get some form of Hadley's best this week.

Rickie Fowler is another guy on the outside of the Top 125 coming into the week (130th) so the motivation angle has to be considered with him as well, but Fowler being chalk over a guy that ranks better than 100 spots in SG: Putting that over himself is a little bit absurd.

Now without question I don't believe Fowler's skills completely match his 131st SG: Putting ranking as he can be far better, but to have that ranking and be laying a price on the guy who ranks 25th in SG: Putting is a bet I'll almost always be willing to make.

Mackenzie Hughes is a little similar to Hadley in that his other stats don't look appealing at all, but he can really put the ball. His last start here (2019) saw Hughes shoot in the 60's on all four days to finish T22, including a 63 on Thursday that had him sleeping at the top of the leaderboard. The consistency just hasn't been there with Fowler's game for a long time now and prices like this don't seemingly reflect that.