The only team favored by more than a touchdown in the Divisional Round is the Kansas City Chiefs.

That shouldn't come as a surprise as Kansas City is an odds-on favorite to win the AFC Championship next week.

The Chiefs have been the team to beat all year after going 14-1 with their starters in the regular season, so the Cleveland Browns will have their work cut out for them on Sunday afternoon.

How to Handicap Browns vs. Chiefs

The Browns roared out to a 28-0 lead over the Steelers in Pittsburgh, and they held on from there as the Steelers continued to shoot themselves in the foot with five turnovers on the day.

The Chiefs are the most dangerous offense in the NFL.

Chiefs head coach Andy Reid is 22-5 after bye weeks in the regular season and playoffs, so that will make things even more difficult for the Browns.

Kansas City has been far from invincible though.

While the Chiefs only lost twice all year, they went 1-7 ATS over the second half of the season and didn’t win a game by more than six points. 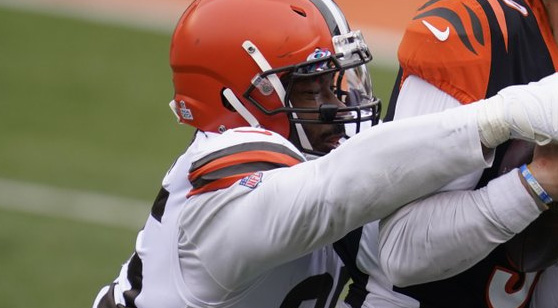 DE Myles Garrett and the Browns will be facing a tough test on Sunday against the top-rated offense of the Chiefs. (AP)

Cleveland head coach Kevin Stefanski will be back on the sidelines after missing last week’s game due to COVID-19.

The Browns aren’t being given much of a chance though, as they finished with a negative point differential in the regular season and went 3-4 against opponents that were .500 or better.

Mayfield has become an effective game manager one season after leading the AFC in interceptions. He completed 62.8 percent of his passes for over 3,500 yards (7.3 YPA) with 26 touchdowns and eight interceptions this year. Mayfield has only thrown one interception in his last 10 games.

Cleveland loves to run the ball with Chubb and Hunt.

Chubb averaged at least 5.0 YPC for the third straight season, running for 1,067 yards (5.6 YPC) and 12 touchdowns in just as many games.

Hunt wasn’t as effective, picking up 841 yards (4.2 YPC) with six touchdowns, but he is an extremely reliable receiver out of the backfield.

Odell Beckham Jr.’s season-ending injury tested the depth of this receiving corps. Jarvis Landry wasn’t as effective without OBJ on the other side of the field, but Rashard Higgins and Austin Hooper emerged as decent complementary options.

This defense should be better after allowing a boatload of yards to Pittsburgh last week.

Starting cornerbacks Denzel Ward and Kevin Johnson missed that game due to COVID, but both players are expected to be available on Sunday.

Myles Garrett is going to be asked to do a lot in this game, and he is listed as questionable due to a shoulder injury. 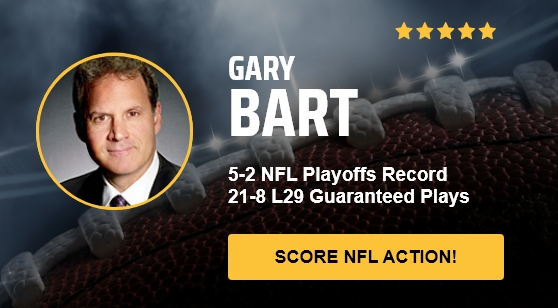 We are running out of superlatives to describe Mahomes.

He is only in his third year as a starter, and he has already been named NFL MVP and a Super Bowl MVP. Only a handful of players in NFL history have won both honors.

In five previous playoff games, Mahomes has completed 62.5 percent of his passes for 1,474 yards (8.0 YPA) with 13 touchdowns and two interceptions.

His stats are even more impressive considering he has been sacked four times in three of those games. Kansas City has scored at least 30 points in each of its five postseason appearances with Mahomes at the helm.

The Chiefs are hoping that Clyde Edwards-Helaire will be on the field this Sunday.

Edwards-Helaire hasn’t played since suffering a high ankle sprain against New Orleans in Week 15. He was limited in practice earlier this week, and he didn’t see the field on Thursday. The rookie from LSU has been much more efficient than any of Kansas City’s other running backs, so his presence would make this offense more effective.

Hill and Kelce have both had incredible seasons in this offense. They each posted monster numbers despite missing the season finale, and they are the most dangerous receiving tandem in the league.

Their production leads to opposing defenses focusing on them, allowing players like Mecole Hardman, DeMarcus Robinson, and Sammy Watkins to have more opportunities to break free in coverage. Watkins is questionable to play due to a calf injury though.

If Kansas City doesn’t defend its title, the defense is likely to be the reason.

The Chiefs have been subpar on this side of the ball in 2020.

Tyrann Mathieu and the defense have performed pretty well, but the run defense has taken a step back.

Frank Clark and Chris Jones haven’t made the same impact up front that they did during the 2019 season.

Kansas City hammered Cleveland 37-21 in the only previous meeting between Mahomes and Mayfield in the NFL. Both quarterbacks played well, and the Chiefs finished the game with 499 total yards of offense.

These two quarterbacks took part in the wildest game in recent college football history in 2016.

Mayfield led Oklahoma to a 66-59 win over Mahomes and Texas Tech in a game that saw an FBS record 1,708 total yards.

While the Sooners won the game, Mahomes broke numerous records by completing 52 of 88 passes for 734 yards with five touchdowns and an interception.

-- Cleveland is 5-2 ATS in the last seven meetings