It didn't appear as though Tampa had any interest in making the most of the game in hand they had on Florida last night, as it was a listless effort at home against the Stars. Furthers my belief that the Bolts don't really care what seed they get, they'll be confident as the defending champs and getting some important bodies back healthy.

Doesn't mean the Bolts are going to give a similar effort tonight as if they were in fact looking ahead to this game last night – and starting backup G Curtis McElhinney suggests they might have been – backing them to be much better in this game makes plenty of sense as well. It starts on the defensive end for Tampa and I expect they'll be much better than they were last night.

As a likely first-round matchup, we can't rule out a pure “vanilla” game between these two that ends as quickly as possible either. 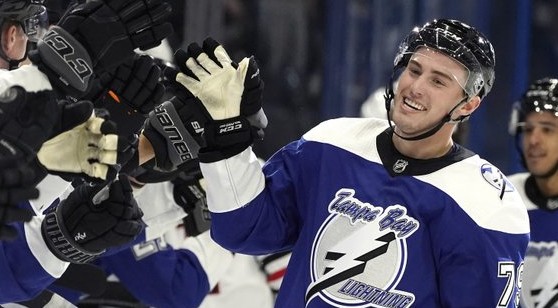 The Tampa Bay Lightning have won eight straight games when facing the Florida Panthers after coming off of a loss. (AP)

Florida is coming off of a 4-5 win over the Dallas Stars, marking the fourth straight win for Florida. Tampa Bay lost its last game against Dallas, snapping a two-game winning streak. Tampa Bay has won six of its last eight games, however.

Florida won the last meeting by the final score of 5-3. Florida has covered the puck line (+1.5) in three of the last four games against Tampa Bay. The goal total has gone OVER in four of the last five meetings.