Dallas is the side that has got everything to play for, but in no way am I trusting them at this premium price, whether they win or not. Not interested in Chicago either as who knows how interested they are in playing spoiler tonight.

The Stars are on life support for a playoff spot right now because consistent offensive production has been a huge issue for them all year (xGF/60 of 2.51, ranked ninth-worst in NHL). Dallas has scored two goals or less in five of their past eight overall, and if the Hawks do end up going through the motions on their end offensively, that's a lot of weight for Dallas in a must-win spot to lift.

Chicago adopting the spoiler role suggests a more defensive-minded game too as they won't be interested in giving up anything easy. Either way, five goals is where I believe this game tops out. 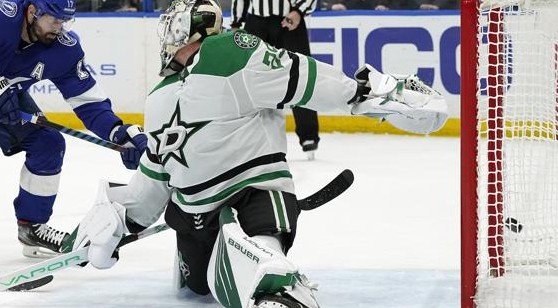 The Dallas Stars enter Sunday night's game losing five of their last six games when playing on a Sunday as the favorites. (AP)

Dallas won the last meeting, 5-1, but Chicago has won two of the last three. The goal total has gone OVER 5.5 in four straight meetings between the two clubs.