These two teams split the season series 4-4 SU, but the last meeting to end the year (Washington 2-1 win) to even up the season series came when the Bruins were resting basically their entire team. The Capitals needed a goal in the dying seconds to beat Boston's reserves that night and that might be a bad sign of things to come for Washington in this series.

Aside from that victory, Washington's wins came by scores of 8-1, and 2-1, and 4-3 in a shootout and OT respectively. Meanwhile, the Bruins had all four of their wins over Washington come by at least two goals (5-3, 5-1, 4-2, and 6-3), as it speaks to the larger story of Boston somewhat dominating this matchup in the regular season, even though they ultimately finished lower in the standings. 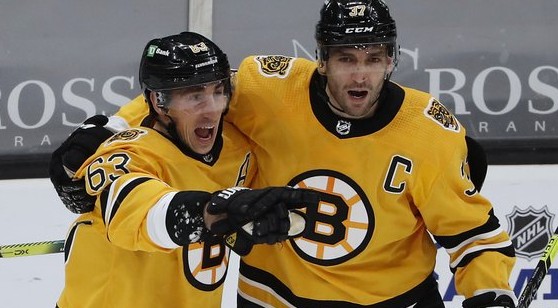 The Boston Bruins have covered the puck line in four of their last five games when facing the Washington capitals. (AP)

I do believe this will be a tight series throughout, but in a Game 1 where we traditionally see the “feeling out process”, siding with the statistically better team at this price appears to make the most sense. Playoff hockey is something where relying on defensive play is going to likely win out in the end, as refs keep the whistles out of their mouths as much as they can to let the players decide the outcome.

When that's the case, and you've got two teams sitting in the Top 10 in xGA/60 (expected goals against over 60 minutes) in 5-on-5 play – Boston ranks third at 1.89 and Washington T7th at 2.06 – defense is probably the order of the day. That's not exactly how the regular-season series played out (5-2-1 O/U), but they don't call playoffs the “second season” for nothing as this series could be filled with 'unders'

Boston has covered the puck line in four of the last five games when facing Washington. The goal total has gone OVER in three of the last four meetings between the two clubs.