Edmonton looked to be rolling in our (-1.5) and both teams to fail to score at least two goals for plus-value each, until the third period. Winnipeg scored three unanswered goals, including two within 16 seconds a part, to force overtime and take a 3-0 series lead over Edmonton.

It's extremely difficult to side with Edmonton for Game 4, seemingly losing all momentum even before heading into overtime of Game 3. It's still difficult to believe Winnipeg can sweep Edmonton, but the Jets have now won five straight games.

The Oilers have also failed to cover the puck line in seven of their last eight games. Edmonton has also lost the third period in five of their last six games, so there's much more conviction for Winnipeg based on trends and value. Winnipeg is still the underdog (for some reason) and although they have value to win SU, there is some better value that doesn't require Winnipeg to win.

The goal total is tricky, as the UNDER has hit in three of the last four meetings between both clubs. However, the Jets have gone OVER in four of their last five games after going into overtime the game prior. The UNDER has a better value between the two. Keep in mind that both teams will more than likely play backup goalies, because of the back-to-back. 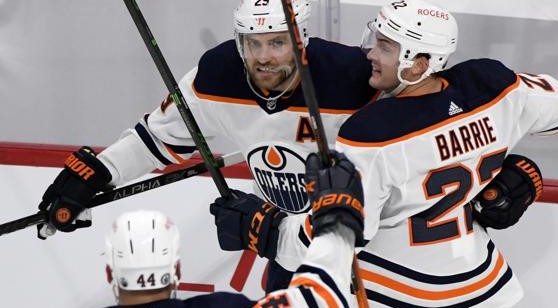 Edmonton Oilers' star Leon Draisaitl has scored a goal in five of his last six games when playing in Winnipeg. (AP)