The Islanders outlasted the Penguins in Game 5 in Pittsburgh, winning 3-2 in double-overtime. New York was able to win the pivotal game after Tristan Jarry misplayed a puck in the second extra session, and Josh Bailey pounced on the mistake and deposited the goal into the yawning net.

New York gets a chance to push past the Penguins on home ice, and it certainly won't be easy. The venue hasn't really mattered in this series, with the road team picking up victories in three of four games so far. The underdog has also connected in three of the outings, too.

Islanders bench boss Barry Trotz used rookie Ilya Sorokin in Game 1 with Semyon Varlamov injured. He won 4-3 in overtime, but Trotz went to Varly in Games 2 and 3. The veteran lost a pair of one-goal games, and Trotz elected to go back to the rookie for Game 4. It worked in a 4-1 win, and it worked in a 3-2 double-overtime victory in Game 5. Can Sorokin go a perfect 4-for-4 in this series? If so, it likely will require more overtime. 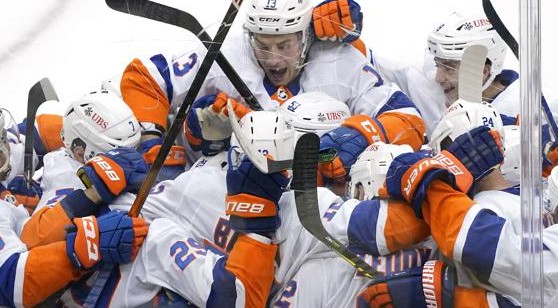 The New York Islanders have covered the puck line in four of their last five games when facing the Pittsburgh Penguins. (AP)

The biggest question in this one will be if and how Tristan Jarry recovers after his misplay in double-overtime to cost the Islanders in the pivotal Game 5. The loss pushed the Pens to the brink of elimination, a spot not many expected when they were up 2-1 after Game 3.

The UNDER has cashed in three of the past four in this series. With things tightening up significantly for the Penguins, with their season on the line, you can expect goals to be at a premium in this one. New York won't take many risky chances, potentially giving Pittsburgh breaks the other way, and the Pens will be very careful, too. A low-scoring game is in the offing here.