It's hard to see Colorado losing, mainly because they are undefeated in this year's Stanley Cup Playoffs. Colorado has won 11 straight games, which seems to indicate they are due to drop a game. Traveling to Vegas for the first time this series seems as good of a place as any for Colorado's winning streak to come to an end.

Vegas was able to beat Colorado 5-2 at home earlier this season, so feel free to take the Vegas ML value if deciding a winner. Game 2 was the first time in seven games where Colorado didn't score four or more goals, and the first time in seven games Colorado didn't cover the PL. If Game 2 is any measuring stick, Vegas is coming awfully close to handing Colorado its first loss this postseason.

The goal total has failed to see back-to-back results in five straight meetings between both teams, indicating an OVER result as the likely of the two. Colorado has also gone OVER the goal total in four of its last five games.

Colorado has won the third period in five of its last six games, as the third period 3-way ML presents plus-value for the Avalanche. Brandon Saad has now scored a goal in five straight games, while Max Pacioretty has scored a goal in four straight home games against Colorado. Look at those two names for player prop betting, along with the almost-automatic Nathan MacKinnon to find the net. 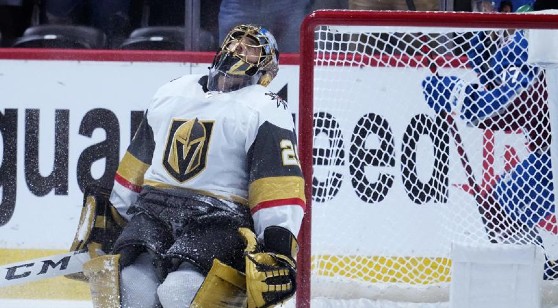 The Vegas Golden Knights have lost three straight games when facing the Colorado Avalanche, failing to score more than two goals in all three games. (AP)