The Montreal Canadiens wrested home ice advantage away from the Vegas Golden Knights with their victory in the desert on Wednesday night. This series will now head north of the border for the next two games, as the Canadiens look to become the first Canadian team to hoist the Stanley Cup since they did it in 1993. Despite their win in Game 2, the Canadiens are still substantial underdogs in this series.

The Golden Knights know they need to get off to a good start in Game 3. Montreal can put the clamps on the game if they score the first goal, and we saw the Canadiens do exactly that in Game 2. Look for Stone and Pacioretty to break out of their droughts and for Price to have a hard time dealing with the pressure.

However, Fleury must be reliable in net. Pittsburgh fans know Fleury’s postseason issues all too well, and he can be a liability if he tries to be too active outside the crease. 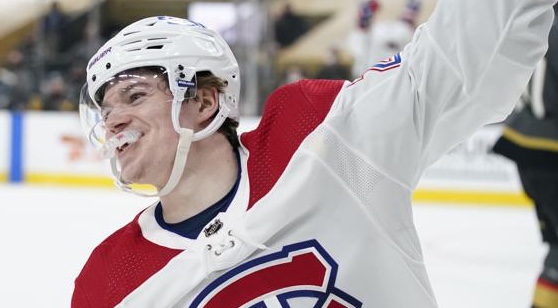 The Montreal Canadiens have won five of their last six games when facing the Vegas Golden Knights. (AP)

After a lackluster performance in Game 1, Montreal came out strong in Game 2. The Canadiens scored twice in the first period as Joel Armia and Tyler Toffoli each notched their fifth goals of the postseason. Paul Byron scored late in the second period to put the Canadiens up 3-0, but the Golden Knights turned on the pressure following that goal.

Alex Pietrangelo scored a minute later to give Vegas some life, and he added another goal with over five minutes left in the third period to make for an exciting finish. Carey Price stood tall in net though, moving his record to 17-0 in the postseason when Montreal scores at least three goals in a 3-2 win.

Montreal will need its forwards to carry over their play from Game 2 if the Canadiens are going to move ahead in this series. Toffoli is currently tied with Armia for the team lead with five goals, and his seven assists are tops on the team too. The Canadiens’ leading point scorer in these playoffs is currently on an eight-game point streak after lighting the lamp on Wednesday night.

While Montreal only had 23 shots on goal in Game 2, they were able to rattle Marc-Andre Fleury. The Canadiens did a solid job on the forecheck, forcing turnovers and keeping the puck deep in the zone, and Fleury looked shaky. The Vezina Trophy finalist could have done a better job on all three goals, as his positioning was a disaster. The first goal was particularly bad as he left half the net open because he was late moving side to side.

Pietrangelo continues to fire away from the point this postseason. He has put seven shots on goal in Game 1 and Game 2, and he leads the Golden Knights with 60 shots on net through 15 games. His 10 points are the second-most on the team in the playoffs.

It’s been a rough start to the series for Vegas’ forwards. William Karlsson has tallied an assist in each game against Montreal, but we haven’t seen much production from the rest of the unit. Max Pacioretty has failed to record a point in either game against his former team, and Mark Stone has now been held without a goal or an assist for three straight games.